Home  » Despite spike in sales, Burberry to layoff over 500 employees 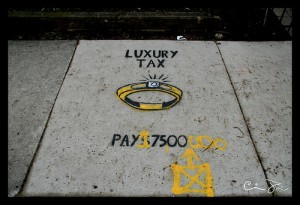 Burberry Group, based in England, announced an unexpected increase in third quarter sales. But despite these strong numbers they have made it clear that they intend to layoff as much as 15% of their domestic workforce and consolidate some offices and manufacturing. In the quarter ending December 31st, sales for the company jumped approximately 33%, due in part to large reductions on the prices of some items.

Somehow Burberry managed to do something almost none of it’s competitors could and that was staying profitable, operating within budget, and increasing underlying revenue. After the announcement, their stock prices rose 12.8%.

Most of this information is good news to the ears of it’s employees, but some of them will be looking to file for unemployment soon. The closing of one of their manufacturing facilities in Rotherham will lead to 290 people losing their jobs and cuts to it’s marketing targeted at Spain will lead to another 240 layoffs. The company claims that to remain profitable it will need to heavily cut spending and these layoffs are expected to save Burberry Group approximately 33 million pounds (about 46 million USD). Looking ahead to the rest of the year, the group expects demand to continue to drop, but not by more than 10%.

Burberry may be most widely known for it’s iconic checkered trench coats, but their recent performance has given their investors plenty of reasons to smile.

Top 10 Tips for How to Cope Financially After a Layoff
Let’s Get Social
Feel like getting in touch or staying up to date with our latest news and updates?
Related Posts
Latest In Work Relationships
BCG FEATURED JOB

Dolcefino Consulting is a fast-paced investigative media consulting company that is hired by law fir...

Apply Houston, TX We are accepting applications from Judicial Clerks for a limited number of litigat...