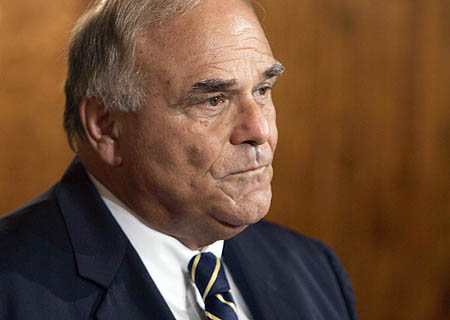 The estimated budget gap for the state of Pennsylvania has increased by around $300 million since just last week. Some employees of the state will face layoffs also, according to Governor Ed Rendell.

“There will be some layoffs and there will be universal pain,” said Rendell at a Capitol news conference. “I don’t want to hear whining. I think everyone has to tighten the belts.”

The governor is unsure about the exact amount of layoffs that will occur, but it was said that they would begin July 1, at the beginning of the next fiscal year. Rendell said that unpaid furloughs were also “on the table” with unionized state workers.

According to the Governor, the state’s estimated budget deficit for the current fiscal year has grown $2.3 billion. That figure is up from the $2 billion he announced last week, and way up from the $1.6 billion reported last month.

“It’s just a sign of the times,” said Rendell.

In regards to the program cuts, which will be necessary, Rendell said, “Some of them deserve to be eliminated and probably should be eliminated forever, but some of them, at the first sign of recovery, we can replenish in future years’ budgets.”

Top Canadian Companies You Want to Work For
Let’s Get Social
Feel like getting in touch or staying up to date with our latest news and updates?
Related Posts
Latest In Work Relationships