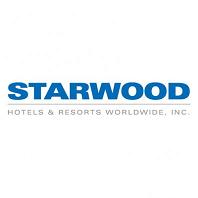 Starwood Hotels & Resorts plans to add more than 12,000 new jobs, the majority of which will be created through the addition of 80 to 100 new hotels slated to be opened this year. About half of those jobs will be located inside the United States, the company said Tuesday.

“After a year of hunkering down and cutting costs, companies are driving their topline again,” said First van Paasschen, president and CEO of Starwood. “By definition this means getting back on the road, which benefits not only their own business, but also helps spur job creation.”

Positions to be filled include general management, human resources, food and beverage, engineering and maintenance, housekeeping and guest services. Demand is expected to be high. The company noted at the soon-to-open W Hollywood Hotel more than 10,000 people applied for its 400 positions and more than 10,000 people applied for 300 positi9ons at the recently opened W Washington D.C.

Starwood Hotels currently has more than 145,000 employees with 982 properties in more than 100 countries.

9 Tips to Help You Prepare to Work Abroad
Let’s Get Social
Feel like getting in touch or staying up to date with our latest news and updates?
Related Posts
Latest In Work Relationships