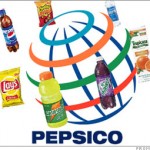 PepsiCo’s Senior V.P. of Human Resources Cynthia Trudell will be the keynote speaker at Pepperdine University’s Human Capital Symposium on Nov. 9 at the schools Drescher Graduade Campus in Malibu, Ca.

According to a press release from Pepperdine, the symposium “offers an extraordinary opportunity for local executives to hear from one of corporate America’s most seasoned thought leaders on talent management and innovation.”

In her talk, Trudell will comment on PepsiCo’s systematic approach to human capital management that’s designed to strengthen the partnership between HR and the corporation’s businesses to drive sustained growth. Trudell will also discuss the transition from the previous administrative role of HR to a more strategic function.

Trudell has served as senior vice president, chief personnel officer at PepsiCo since February 2007. She is also a former vice president at General Motors and Brunswick Corp.

Admission to the symposium is $20. To RSVP, go to http://bschool.pepperdine.edu/events/humancapital/

Is Music in the Office Appropriate?
Let’s Get Social
Feel like getting in touch or staying up to date with our latest news and updates?
Related Posts
Latest In Work Relationships