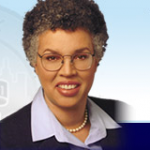 Some of you may remember our earlier coverage of the plans of Cook County Board President Toni Preckwinkle. In order to balance the budget she wants to not only lay off county workers, but also increase taxes.

For those of you who do not remember here is the short version.

“Toni Preckwinkle, the Cook County Board President, have proposed a budget that will both add tax increases, calls for cuts in the public safety departments and removes over 1000 workers from their jobs. The proposed changes are designed to help close a hole in the Cook County budget. The hole in question has grown to $315 million. The plan calls for a proposed revenue increase of $52 million, which will come from a combination of increased taxed on commodities such as cars, beers and tobacco and a new fee of $4.75 for parking at the county courthouses…” (from an Oct 25th posting on this very site: http://www.layoffwatch.com/2011/10/cook-county-to-layoff-and-raise-taxes/)

There was a potential board vote that could have prevented those losses, and left Cook County in search of a new plan for fiscal responsibility. Well, it looks like the plans are going to go through as expected, and people are going to lose their jobs.

Offices that the layoff notices were sent to include:

– The public defender’s office
– The procurement office
– The facilities management department
– The highway department,
– The risk management offices
– The law library
– The zoning board of appeals
– The county’s health services and hospital system
– Preckwinkle campaign staff

The jobs that are being cut all come from are positions that Cook County Board President Toni Preckwinkle has direct control over. As it turns out she has a suspiring range of offices at her disposal to cut from, including both the county’s highway department and the office of the public defender, so her choices in cuts could have far reaching consequences for years to come.

As is the case with many leaders the Board President Preckwinkle has also been in negotiations with local union leaders. He proposal is that the union workers take a total of eight unpaid furlough days during the year in order to cut costs. Her office says that these changes would allow the city to save about 500 of the jobs from being lost, with a few other changes.