Home  » Discrimination Complaints Higher Than Ever 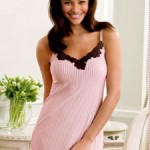 Recent reports have been made with claims that the number of people who are complaining about discrimination is higher than ever before. These complaints are coming from both people who are already employed with certain companies and for people who are looking to find jobs and feel as though they are being discriminated against which is why they are not receiving the necessary employment that they are seeking.

In just a few months of 2011, The Equal Employment Opportunity Commission had already been presented with nearly 100,000 complaints from people who felt they were being discriminated against. This high number of complaints is the most complaints that the commission has ever seen before in its entire 46 years of existence.

The Equal Employment Opportunity Commission works with citizens who feel they have been put in a situation where they were discriminated against. The discrimination may have been caused due to sexual preference, sex, race, and many other reasons. Regardless of the reason for discrimination, the EEOC works to handle all of these issues individually. A spokeswoman for the EEOC, Christine Nazer, says, “We really don’t know why our charges increase or decrease, as we haven’t conducted any studies.”

While Nazer may not have an idea as to why the charges have dramatically increased, experts say that they know exactly what is causing so many extra cases. Because of the economy being in such a downward spiral and the fact that is becoming harder and harder for people to find employment, many people believe they are not being hired due to discrimination. That is not to say that some people are actually being discriminated against, because they likely are, and some companies are using discrimination as a tactic for their hiring process because they know there are so many unemployed people in the United States right now. Some of these companies are basically taking advantage of that.

The executive director for the National Employment Law Project,  Christine Owens, has said, “At times like this, when job loss makes workers especially vulnerable, employers bent on breaking the law are even more likely to do so.” Owens also says, “The strong report the EEOC has released today underscores how critical it is for America’s workers that we maintain robust laws and regulations to ensure protection of basic labor standards.”

The truth is, in the United States, the job market is extremely tough right now. Older employees feel as though they are being discriminated against because of their old age. When many companies went out of business during the recession, a lot of older employees lost their job and are having a particularly hard time finding one now. This could be yet another reason why there are so many discrimination cases.