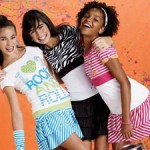 For the first time in at least 19 years, UK unemployment jumped in the third quarter as the number of young people looking for work climbed above 1 million.

The Office for National Statistics said in London today that, unemployment, as measured by International Labour Organization, standards rose by 129,000 to 2.62 million, the most its been since 1994. The jobless rate climbed to a 15-year high of 8.3 percent. In October, unemployment-benefit claims rose 5,300 to 1.6 million. According to the median of 24 estimates in a Bloomberg News survey, economists forecast an increase of 21,000.

The new figures heap pressure on the Prime Minister David Cameron to do more to boost an economy at risk of sliding back into recession as Europe’s escalating debt crisis convulses financial markets. Today the Bank of England cut its growth forecasts, saying that the output is likely to remain flat until the middle of 2012.

”The unemployment number ticking up so much is quite dramatic and an 8.3 percent unemployment rate is punchy,” says Peter Dixon, who is an economists at Commerzbank AG in London. ”People are finding that it’s grim. It’s tough to find a job.”
As of 2:12 p.m. London time, the pound was down 0.3 percent at $1.5771. The yield on the benchmark 10-year gilt fell 1 basis point to 2.14 percent.

The statistics office said that, the increase in unemployment in the third quarter was the largest since the depths of the last recession in mid 2009 as the number of people in work fell by 197,000. In October, the claims for unemployment benefit rose for an eighth month, leaving the rate at 5 percent. In September, jobless claims climbed by 13,400 instead of the 17,500 that was previously reported.

In the three months through September, the unemployment among 16-25-year-olds were increased by 67,000 to 1.02 million, which is the highest level since comparable records began in 1992. The jobless rate in that specific category was a record 21.9 percent. More than a quarter of young jobseekers had been out of work for a little more that a year.

”Levels of youth unemployment have reached crisis point,” says Matthew Freeman, who is a commercial manager of skills and young people at Working Links, which is an organization that delivers programs to help get people back to work. ”With over a million young people out of work, we risk creating a lost generation of young Britons.”

Business Secretary Vince Cable announced today that the UK government will pay small companies a 1,500-pound ($2,370) incentive to take on apprentices. The Employment Minister Chris Grayling says that the unemployment figures reflect the damage being inflicted by the euro-region crisis and pledged ”additional measures” to support the growth and create jobs later this month.

”The news that a million young people are standing idle much shock this out-of-touch prime minister into an economic rethink, and fast,” Byrne said in a statement.

For the First Time Since 1992 UK Youth Unemployment Climbs Above 1 Million by Harrison Barnes
Tags: Europe, Unemployments, united kingdom, youth
Tweet Like Plus Pin It Share