A Texas company will be shelling out 201,000 dollars to settle an alleged violation of the Age Discrimination in Employment Act (ADEA). The company will likewise provide additional relief, all part of a lawsuit filed by the U.S. Equal Employment Opportunity Commission (EEOC) on behalf of a former sales manager.

Carrollton, TX-based Advance Components, a distributer of specialty fasteners, allegedly discriminated against a 64-year-old employee when he was fired, reportedly because of his age. According to the EEOC, the company’s executive VP and general manager told the man, who had nearly 20 years of experience and was hired by Advance Components’ founder, that he was “old fashioned,” and the VP expressed an apparent predilection for younger salesmen. The boss’ reputed motto was “30-30-30,” an intent to hire 30-year-old employees with IQs of 30 and salaries of 30,000 dollars. Claims of discrimination also included the executive VP calling younger employees “more driven” and stating his aim to have younger men selling product. The employee in question was fired in October 2009. His position was filled the next day by another person in his 30s – nearly half of the man’s age.

The EEOC filed a lawsuit in the U.S. District Court for the Northern District of Texas, Dallas Division, claiming an ADEA violation. The Commission first tried reaching a pre-litigation settlement through its conciliation process. The consent decree, in addition to the monetary payment, stipulated that Advance Components train management, including owners and supervisors, on Equal Employment Opportunity policies and procedures such as age discrimination. The company will also be required to enforce a written policy against age discrimination and retaliation.

“Older workers have the right to be evaluated based on their abilities and not based on their age,” said EEOC Senior Trial Attorney William C. Backhaus in an EEOC press release. “Every employer, large and small, needs to recognize the importance of avoiding stereotypes, including those about age and older workers. Advance Components wrongly assumed that [the man’s] age… interfered with his ability to connect with customers. It didn’t; we learned that he was their top producer and that customers loved him.”

The former sales manager was represented by attorney Rogge Dunn. Dunn stated that employers will be legally held responsible for considerable damages when they make a practice of replacing senior employees with younger, less-qualified workers. He suggested that employers “do their homework before hiring replacements because these types of actions catch the attention of attorneys and the EEOC.”

EEOC Regional Attorney Robert A. Canino said, “Success in sales is not something we would expect to be adversely affected by a greater degree of experience. Broad-brush assumptions that a 30-something is going to be more effective with marketing skills than a 60-something are arbitrary,” and these “misplaced suppositions… can lead to a violation of the law.” Canino further noted that “if this ’30-30-30’ theory was at place in the decision to discharge [the employee], we hope the message here is that a rule of thumb like that just doesn’t add up to a good business practice.” 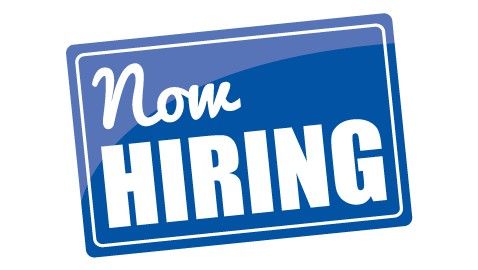 How to Deal with These 5 Types of Toxic Employees
Let’s Get Social
Feel like getting in touch or staying up to date with our latest news and updates?
Related Posts
Latest In Work Relationships