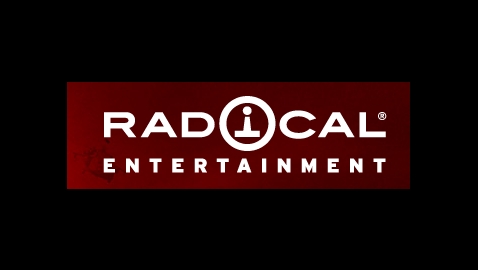 The odds are good that unless you are a pretty hardcore gamer you have not heard of the company Radical Entertainment. The company, which is best known for the popular series of Prototype games, describes itself in the following terms, “We make video games.  Formed in 1991, we’ve seen it all from titles for Sega Genesis, Super NES, Nintendo 64, Sega Saturn, Playstation, Xbox , Wii, PS3 and X360.  With over 30 million units sold, we continue to keep it simple… create great games, learn and have fun! Our studio is located in Vancouver, BC… home to the Vancouver Canucks!  With just over 145 amazing,  talented, hard working and experienced employees, we are working on our next title, PROTOTYPE 2.  This will be a sequel to PROTOTYPE 1, which was Radical’s first original property, released in 2009.  Radical is a subsidiary studio of Activision Blizzard.”

Well it looks like the newest Prototype game may have to be put on the back burner, as the company is getting ready to get rid of a significant number of workers in order to set the budget to right. Radical Entertainment is getting ready to cut back on 89 workers, according to information released by its parent company to the media.

While the parent company was quick to point out that this was an overall loss of less than two percent of its staff, the job losses are still more than enough to qualify as a mass layoff action under the current federal guidelines. For those of you who are not familiar with the idea here is a look at how the federal government defines a mass layoff, “actions that result in workers being separated from their jobs. Monthly mass layoff numbers are from establishments which have at least 50 initial claims for unemployment insurance (UI) filed against them during a 5-week period. Extended mass layoff numbers (issued quarterly) are from a subset of such establishments—where private sector nonfarm employers indicate that 50 or more workers were separated from their jobs for at least 31 days.”

The company is citing the lack of solid sales of Prototype as the reason for the cuts. In a statement made to Joystiq, a popular gaming news blog, the company said the following about the staffing cuts, “Although we made a substantial investment in the Prototype IP, it did not find a broad commercial audience. Radical is a very talented team of developers, however, we have explored various options for the studio, including a potential sale of the business, and have made a difficult conclusion through the consultation process that the only remaining option is a significant reduction in staff. As such, some employees will remain working for Radical Entertainment supporting other existing Activision Publishing projects, but the studio will cease development of its own games going forward.”

So it looks like this may be the first step on the road to closure for this gaming company. While support for existing games may be important right now in the long run those titles will eventually stop being played and when that time comes the workers will no longer be needed.