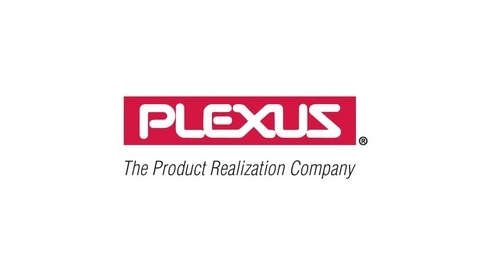 Plexus Corp is not a name that many of us know about, off the top of our heads, and many people probably could not tell you what the company makes for a living. For those of you who are not familiar with the organization here is a look at how the company chooses to describe itself, “Plexus is unique within the Electronic Manufacturing Services (EMS) industry with more than 25 years experience in turning customer’s concepts into world-class products through our unique set of value-added product realization solutions. These solutions include mechanical, electronic and software design, printed circuit board development, prototyping services, new product introduction, material procurement and supply chain management, printed circuit board and higher level assembly, test development, in-circuit and functional testing, final system box build, fulfillment, service, and repair. This range of capability provides for the seamless transition of products from one service offering to another, reducing time to market and total cost.”

Apparently, the company is hoping to do that without the help of 116 of its workers. The company is cutting that many jobs from its Appleton facility in a mass layoff action that will leave many people in search of new jobs. For those of you who are not familiar with the idea of a mass layoff action here is a look at how the federal government defines the term, “The Mass Layoff Statistics (MLS) program collects reports on mass layoff actions that result in workers being separated from their jobs. Monthly mass layoff numbers are from establishments which have at least 50 initial claims for unemployment insurance (UI) filed against them during a 5-week period. Extended mass layoff numbers (issued quarterly) are from a subset of such establishments—where private sector nonfarm employers indicate that 50 or more workers were separated from their jobs for at least 31 days.”

Interestingly enough the company’s most recent press release was not about the job cuts that they are making, but instead was about the a facility where the company plans to build and hire, so if they are willing to relocate some of these workers may be able to recoup their jobs, “Plexus Corp. (NASDAQ: PLXS) announced today that it intends to construct a 410,000 square foot manufacturing facility in Neenah, WI. This facility will replace two existing leased facilities in Neenah and will consolidate approximately 1000 employees into the new building. The facility is expected to cost approximately $50 million, with construction expected to begin in July 2012 and to be complete in fall 2013…Plexus is eligible for $15 million in enterprise zone tax credits from the State of Wisconsin through the Wisconsin Economic Development Corporation. These tax credits will be distributed over a seven-year period based on capital investment, job retention and job creation conditions. Incentives from the City of Neenah are also contemplated, subject to approval by city officials.”

For the time being the company has not said what kind of a severance package, if any, they plan to give to the workers who are soon to be displaced.