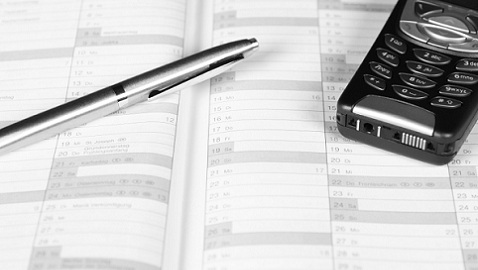 A woman employed at the University of Tennessee, Knoxville (UTK) was fired and sued her former bosses on the grounds of religious discrimination. Appellate judges reversed the district court’s grant of summary judgment favoring the university, but the decision was not unanimous.

The woman was hired in 2008 as a Programs Abroad Coordinator in the UTK’s Programs Abroad Office (PAO). Her duties included attending conferences, international travel for “site visits,” and monitoring an emergency cell phone on a rotating basis. Two other Coordinators shared the responsibility of the emergency phone. Four days after she began working, the woman informed her supervisor that she was a Seventh Day Adventist and, due to her religion, would be unable to monitor the phone from sundown on Fridays to sundown on Saturdays.

She submitted a written request for religious accommodation and was told that the UTK would look into possible alternatives. Regardless, she was later scheduled to carry the phone on an upcoming Saturday. The woman responded by proposing a voluntary shift exchange schedule, which would entail reducing the number of days the other Coordinators monitored the phone while increasing the number of weekends. The other two rejected the idea.

The woman was asked if she could monitor the phone if one of the other Coordinators were out of town or had a family crisis or emergency, but she refused. Additional suggestions from the employee – another staff member carry the phone on weekends until a fourth coordinator was hired or emergency calls forwarded to campus police – were dismissed by the university, which did not want to pay staff overtime and did not believe campus police was trained to handle PAO matters. The UTK decided that the woman could not fulfill her job responsibilities and accordingly terminated her employment.

The woman filed a lawsuit, and the district court ruled against her. On appeal, however, judges did not believe offering fewer Saturday shifts was a reasonable accommodation. An employee must cooperate with the employer to reach accommodation, but the appeals court noted that less Saturdays was still against her religious beliefs. The court likewise disregarded one Coordinator’s threat to quit (if forced to work more weekends) as an “undue hardship” for the university – implying that it was “mere grumbling.” The UTK’s claim that monitoring the phone was not the only weekend duty was also dismissed, as the other responsibilities – including site visits – may not necessarily have taken place over a weekend.

Contrarily, one appellate judge dissented. The judge believed that the UTK had hired a third Coordinator for the very reason of relieving the other two employees of the burden of constant monitoring. The plaintiff was told that she would have to work weekends but made no mention of her religion until after she was hired. The PAO and the university tried to find a means of accommodation for nearly an entire month, during which time the phone was carried by the other two Coordinators – the very duty intended to be mitigated by a third employee. The judge noted that this was an undue hardship for the UTK, and the woman was required by law to “make some effort to cooperate,” which the judge believed she had not done.

Despite the dissenting vote, the appeals court reversed the judgment and remanded.

What Kind of Manager Are You?
Let’s Get Social
Feel like getting in touch or staying up to date with our latest news and updates?
Related Posts
Latest In Work Relationships
BCG FEATURED JOB