Home  » Apple’s Marketing Tactic: Hold Off On The Advertising, Make A Quality Product, Just Sit Back And Let The Media Go Crazy 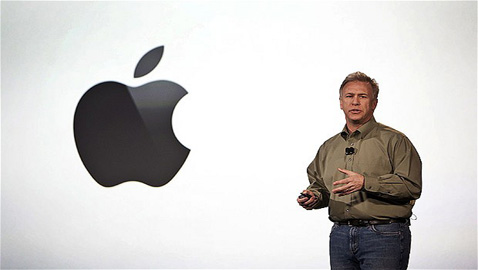 During the Apple versus Samsung patent trial in a San Jose, California, Federal Court its marketing chief, Phil Schiller, while testifying made a candid confession. Apple no longer needs to actually do any advertising whilst launching its new products he said, the media does it for them through the media hype their products generate.

He said basically they rely on two things for the marketing of their products, a) rely on the media to create a buzz for the product through upbeat and affirmative reviews, which most of its products get and b) by shrewd placement of its products in popular TV shows and movies.

It is reported that the media is unfailingly and kindly disposed towards Apple’s products and cannot stop singing its praises that the product gets automatic leverage.  According to Bloomberg Businessweek, when iPhone was launched in 2007 Apple did not do any advertising for the iPhone for a considerable length of time.

Schiller acknowledged this and said, “We didn’t need to.” He went on to say that he had read many rave reviews of the iPhone and the iPad and realized that they were doing a much better job than any ad could have done.

Bloomberg Businessweek also said, earlier this year, that Apple relies a great deal on product placement. It said that Apple has “spent decades strengthening its subtle but powerful grip over Hollywood, and unlike many companies, says it never pays for its products to appear on television or in movies.”

During the testimony Schiller told the jury, “We would love to see our products used by stars.” In order for this to happen, Schiller said that one of Apple’s employee’ constantly coordinates with Hollywood for the professed product placement of its gadgets and appliances in movies and television shows.

Neither of these will come as a surprise, movie fans and television watchers will often come across actors using their “iPad’s and MacBook’s as props.” What is surprising however is for a company that is normally so reluctant to talk about its advertising policy, to have one of Apple’s senior executive openly admitting to such a practice.

In a 2010 episode of ABC’s hit show, Modern Family, Phil Dunphy says that he’s overjoyed that Apple’s tablet will be released on his birthday. “The iPad comes out on my actual birthday. It’s like God and Steve Jobs got together and said, ‘We love you, Phil.’ In fact he keeps on singing the iPad’s praises throughout the episode.

Of course, Apple did not allow natural tendencies for interest in their products to cloud their judgement and give an opportunity for competitors to outpace them. They actually spent $97.5 million on iPhone ads in the US alone.

Nonetheless it is true that they can get by spending less on advertising than their competitors like Microsoft. All they have to do is create a vacuum around their products and release just enough information to the salivating public about their new products and let the over-active media fill in the gaps around it. Of course they will have to continue creating goods that match the hype.

However, the first iPhone and iPad were launched when Steve Jobs was in charge and whatever he did was nothing short of magic and he was the acknowledged master of marketing. Subsequent apple ad polices have shown that the company is failing to live up to the high standards set by Steve Jobs.

However, the lesson for Apple is that if its wants the media to keep on propping it and do its advertising for it, than it has to live up to user expectations and deliver on the innovative goods.

Apple's Marketing Tactic: Hold Off On The Advertising, Make A Quality Product, Just Sit Back And Let The Media Go Crazy by Harrison Barnes
Tweet Like Plus Pin It Share