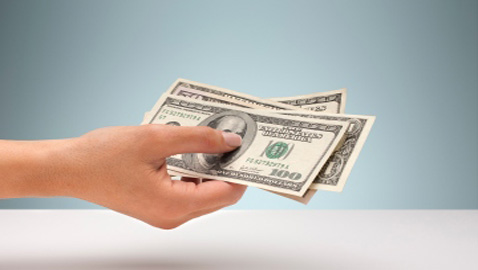 Not by any yardstick can the lending to American small businesses be called strong. According to research firm PayNet, small business borrowings dropped 5 percent from May to June. The May borrowings were higher than the last four months, but the June numbers signaled a continuation of the weak borrowings.

A recent annual report released by the U.S. Small Business Administration Office of Advocacy revealed a decrease of almost 7%, for the 12 months that ended in June 2011, in year-over-year comparisons. For a similar period ending in June 2010, small business owed banks $ 652.2 billion whereas bank outstanding for the June 2011 ending year was $606.9 billion, meaning that banks had lent $45.3 billion less. That’s bad news for the small businesses in particular and the economy in general.

However, explaining why the lending is low and what this means to the economy, is not straightforward. Politicians hype and rhetoric that small entrepreneurs are the base for economy and the main contributors to job growth and creation camouflages their real worth and value and one cannot really put a precise figure on what they really contribute towards the job market.

U.S. Small Business Administration Office describes small business as one of the following, depending on the industry. They set different values in revenues and number of employees. For example agricultural industries with annual revenues of $75,000 or less will be branded as small industries and manufacturing and mining industries having fewer than 500 employees will also be similarly considered. This reduces significantly with the type of industry with retail and service industries that earn less than $7 million falling under the category.

SBA’s small-business loan data is also subject to a wide range of definitions making it very difficult to reach a consensus as to why lending is down.

The conjecture that banks are not easily lending to small businesses is a misconception as PayNet President William Phelan says that findings from his firm’s research show that banks have on the contrary made it easier to borrow. In fact a recent survey from the National Federation of Independent Business had only 7 percent of the respondents saying that loans were “harder to get” and 93 percent saying that “that all their credit needs were met or that they were not interested in borrowing.”

The disinclination towards borrowing makes sense. Small businesses are more prone to e affected by the vagaries of the market and the line between success and failure is very thin. Add to that the uncertainties about the effects of healthcare reform and other regulatory and legislative agendas and you will understand the reluctance and the unwillingness of most small businesses to borrow. Plagued by doubt and insecurity they will be hesitant to expand.

So who will borrow? Only those who are very confident and absolutely certain of success or those who are really desperate and need the money to meet their expenses will increase their borrowing. The question that arises is what difference does that make to the country’s employment scenario?

They make a huge difference, a slight difference or none at all? The responses will differ depending on who you ask. The political scene being what it is, over the next few months there will be a lot of talk about the importance and value of the small businesses, especially in the context of the President’s mischaracterization widely publicized, “You didn’t build that” admonition of the role of the government in business creation.

Just as they give undue and excessive importance to US small farmers,’ politicians overstate and exaggerate the substance of American small-business operators. Small farmers are credited with bringing food prices down when the real credit should go to the efficiencies that came with the rise of corporate and planned farming.

Small business contributes about one half to two thirds of non-farm and non-government US employment. There is no doubt that small businesses are a vital contributor and employ tens of millions of people, but small business by themselves normally stay small or wind up totally.

The real engine on whose gas, job creation runs is reflected in a 2010 study by the National Bureau of Economic Research. In their study titled, ‘Who Creates Jobs? Small vs. Large vs. Young,’ they say that new companies, irrespective of size are the ones who create the most jobs. The study’s authors said, “Firm startups account for only 3% of employment but almost 20% of gross job creation. The fastest growing continuing firms are young firms under the age of five.”

Small businesses start small and then build upwards, but it in the nature of such business that they fail to grow and most end up closing within a few months or years of opening. However, from a job-creation perspective the government should make starting a small busy as uncomplicated as possible, since most will either fail or not grow, the idea is to have as many new businesses as possible, so that percentage of success increases and so does the number of people employed.

Now knowing the truth and the employment situation being in the state it is, what should the two Presidential candidates be doing? Ideally they should be encouraging and helping would-be entrepreneurs to take the big leap. The more of the businesses the more jobs we’ll create down the line.

However, given the acrimonious, no holds barred campaign that both have unleashed, it is quite likely that Romney will concentrate on the most recent data for U.S. business start-ups, which dropped to a record low in 2010. On the other hand Obama will be quick to point out that the US ranked 4th overall in a report that ranked the ease of organized commerce in 183 countries. That’s the second-highest ranking among the world’s 10 biggest economies.

The government should put more focus on small business & start-ups and legislate new regulations that will encourage them and provide them with the funds to ensure that their plans do not remain on paper, for they are the driving force and a key to creating more jobs for the ailing economy.

Who Really Creates Jobs? A Study Says It’s the Start-Ups - It’s Time The Government Started Energizing Them by Harrison Barnes
Tweet Like Plus Pin It Share

Build Your Personal Brand Before Transitioning to a New Job
Let’s Get Social
Feel like getting in touch or staying up to date with our latest news and updates?
Related Posts
Latest In Work Relationships
BCG FEATURED JOB