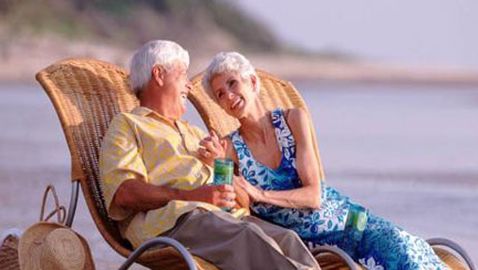 A large number of baby boomers in the area of Wisconsin are expressing more concerns about retirement than they are about their present condition and the employment picture. Baby boomers feel strongly about the future and are not nearly as concerned about the present as they are for what is to come. The information about their concerns was discovered by a recent poll taken by older individuals, typically those over the age of 50. Many of these individuals are also concerned about the elections for 2012, which are steadily approaching. Those taking the pool used a new index, referred to as the anxiety index, as a way of finding out what kinds of issues are currently on the minds of the baby boomers in the Wisconsin area, especially those planning to vote in November for the elections.

The poll shows that older individuals are concerned about the price of living increasing faster than their actual income increases. A total of 61 percent of these individuals believe that the taxes they have to pay are simply too high and nearly 60 percent of the individuals feel as though they will not have enough money saved for their retirement plan. Baby boomers are also concerned about the cost of healthcare, afraid that they will not be able to afford it.

Baby boomers are worried about prices rising and some of them are even worried about not being able to find a job in this sluggish economy, especially because of their age. A total of 16 percent of the baby boomers are afraid that they will not be able to pay their mortgage each month either. Lisa Lamkins, who works as the federal issues advocacy director at the AARP in Wisconsin, has said, “We know the issue of jobs is very important to voters age 50-plus, but any meaningful discussion of the economy and this year’s election has to include the future of Social Security and Medicare.” She also said, “For these voters, ‘retirement security’ and ‘economic security’ is largely the same thing.” Most baby boomers in Wisconsin feel as though they will not be able to retire as early as they had originally hoped and may even have to put it off due to the lack of money. These baby boomers generally feel that they simply do not have the available resources that would enable them to enjoy the life of retirement. Sadly, the majority of the boomers, especially those in the Wisconsin area, feel like they will never even reach the retirement stage.