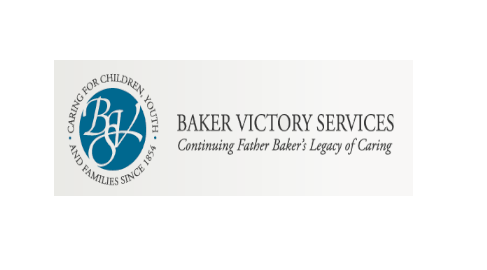 If I asked you what Baker Victory Services did, would you be able to answer the question accurately? This reporter is willing to bet that most of you could not. So before we talk about the job cuts that the organization is making to its staff lets begin by learning a bit about the company, which describes itself in the following terms, “Baker Victory Services is dedicated to fostering the highest possible quality of life and personal achievement by partnering with children, adults, their families and the community through a diverse array of social, health and human services.”

Sadly the company, which helps those people most in need, is having to cut back on a significant number of workers in order to set its budget to right. The company is getting ready to lay off 143 workers. The company filed its WARN notice, a notice that is required before a company makes a mass layoff action happen. For those of you who are not familiar with the idea of a mass layoff action here is a look at how the federal government defines the term, “The Mass Layoff Statistics (MLS) program collects reports on mass layoff actions that result in workers being separated from their jobs. Monthly mass layoff numbers are from establishments which have at least 50 initial claims for unemployment insurance (UI) filed against them during a 5-week period. Extended mass layoff numbers (issued quarterly) are from a subset of such establishments—where private sector nonfarm employers indicate that 50 or more workers were separated from their jobs for at least 31 days.”

The only good news in a situation like this one is that under the terms of a mass layoff action the workers must be given 90 days of time to prepare before they are put out of a job and onto the unemployment line. It is also good news for the people who are being served by the organization who will have to learn to make do with less.

The company did not put out a release about the job cuts, instead their most recent release about changes to the company was about a recent remodeling of the organizations dental facilities. Here is an excerpt, “Baker Victory Services (BVS) is pleased to announce that it has completed a remodel of its Dental Center, located at 790 Ridge Road in Lackawanna, NY. The newly remodeled offices feature low chairs for children, and extra-wide rooms for parents to accompany them.  Ten (10) patient rooms, serviced by three (3) Dentists and three (3) Dental Hygienists, provide for short wait times and easy scheduling of appointments.  Custom exterior pole banner signage and new front and back of building signage direct patients to the center.  Ample parking spaces are available.  BVSDentalCenter’s low cost, high quality dental services remain among the lowest cost dental services in the Western New York area.”

There was no word of the type of severance the workers will be given, if any, after they have been taken out of their jobs.