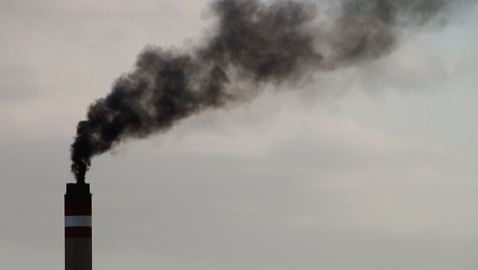 The U.S. Department of Labor’s (DOL) Mine Safety and Health Administration’s (MSHA) final rule, “Examinations of Work Areas in Underground Coal Mines for Violations of Mandatory Health or Safety Standards,” recently went into effect. The rule, which was published April 6th of this year in the Federal Register, requires that mine operators identify and correct hazardous conditions and violations of nine health and safety standards that pose the greatest risk to miners. These obligatory conditions include the same kind that ultimately led to the deadly explosion at the Upper Big Branch Mine in April 2010.

The MSHA analyzed its accident reports and enforcement data for underground coal mines within a period of five years. Based on the analysis, the administration determined that the same types of violations of health or safety standards are uncovered by MSHA inspectors in underground coal mines every year, and that these particular violations result in some of the most unsafe conditions for coal miners.

“Effective pre-shift, supplemental, on-shift and weekly examinations are the first line of defense to protect miners working in underground coal mines,” Joseph A. Main, assistant secretary of labor for mine and safety health, said in a DOL press release.

The MSHA’s rule requires that underground coal mine operators, in addition to examining for hazardous conditions per already existing regulations, examine for violations of the nine specific health and safety standards. These precise assessments would take place, as Main suggested, during pre-shift, supplemental, on-shift and weekly examinations. Coal mine operators would likewise be required to record actions taken to correct any hazardous conditions, as in the existing regulations, and violations of the nine MSHA standards. And, on a quarterly basis, operators must review with mine examiners citations and orders that have been issued in areas where pre-shift, supplemental, on-shift and weekly examinations are required.

The nine standards are concentrated on ventilation, methane, roof control, combustible materials, rock dust and equipment guarding, in addition to other safeguards. They are consistent with the standards that have been emphasized in the MSHA’s Rules to Live By initiative, a February 2010 outreach and enforcement program that was intended to fortify efforts in preventing mining fatalities. The nine standards are also consistent with the types of violations cited in the MSHA’s accident investigation on the Upper Big Branch Mine explosion as contributing to the cause of that tragic misfortune.

“These repeated violations expose miners to unnecessary safety and health risks that should be found and corrected by mine operators,” said Main. “The final rule… will increase the identification and correction of unsafe conditions in mines earlier, removing many of the conditions that could lead to danger, and improve protection for miners in underground coal mines.”

In 2011, MSHA issue approximately 158,000 violations. Despite underground coal mines representing only four percent of all mines, 77,000 of the total violations – nearly half – were attributed to those types of mines.

How to Deal with Negative Employees
Let’s Get Social
Feel like getting in touch or staying up to date with our latest news and updates?
Related Posts
Latest In Work Relationships
BCG FEATURED JOB