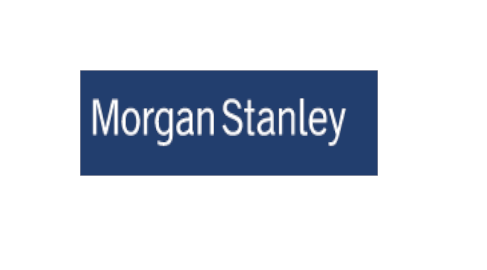 It looks like Morgan Stanley will be making more layoffs happen in the near future. According to rumors surrounding the company they will be further consolidating their investment banking operations in order to make things less costly.

As these kind of consolidations almost always lead to layoffs in order to satisfy the reduction in administration. In this case taking the company from 16 to 12 regions will most likely result in a loss of management and administrative staff in the cut regions. It may, when all is said and done, result in a mass layoff action. For those of you who are not familiar with the idea of a mass layoff action here is a look at how the federal government defines the term, “The Mass Layoff Statistics (MLS) program collects reports on mass layoff actions that result in workers being separated from their jobs. Monthly mass layoff numbers are from establishments which have at least 50 initial claims for unemployment insurance (UI) filed against them during a 5-week period. Extended mass layoff numbers (issued quarterly) are from a subset of such establishments—where private sector nonfarm employers indicate that 50 or more workers were separated from their jobs for at least 31 days.”

As you may have guessed this is not the first time that the company has turned to putting its employees on the streets in order to deal with the desires of its shareholders. The last time that Morgan Stanley decided to cut back on jobs the cuts, in July of this year, the cuts impacted 1,000 workers. For those of you who missed out, “When it comes to big banks, and the workers who are at them, there is no doubt that things are a slippery slope of employment. As banks work frenetically to keep their profits at what they deem an acceptable level, and their shareholder happy it is often the people at the bottom rung of the ladder who suffer in order for those in the hire ups to make a profit. One company that is doing that is Morgan Stanley. They have made an announcement that means that more of their workers will be getting the boot in no time at all. The company has announced that they are expecting to cut back on about another 1,000 workers in order to set its profits to the place they would like them to be.”

Interestingly enough after multiple rounds of layoffs the company is still giving away significant amounts of money to charities. In a recent press release the company bragged about gibing away millions of dollars to a charity for disaster recovery. , “Morgan Stanley (NYSE: MS) and National Equity Fund Inc. (NEF) are extending their capacity to support disaster area recovery with an additional $25 million in capital and a broader geographic reach for the Rebuilding Local Economies fund they launched in 2011.The $125 million fund supports development of affordable housing – including green, energy-efficient housing – in devastated areas to help jump-start economic activity and replace homes lost to tornados and floods over the last year.  The fund covers Federal Emergency Management Agency (FEMA)-declared windstorm and rainstorm disaster areas in 27 states, with West Virginia and additional counties in Indiana, Kentucky and Tennessee added in response to storms in February and March of this year. ” While this kind of giving is no doubt laudable, maybe the company needs to stop causing problems for its workers before it solves them for other people.