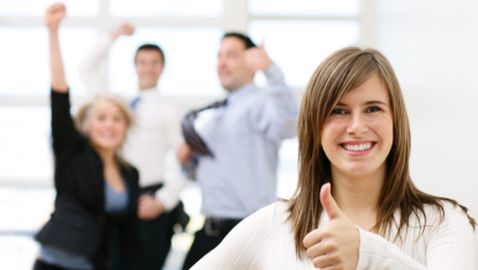 A new survey reveals that companies are more hesitant to hire new employees but instead want to retain their current ones by using employee engagement. The survey said that 80 percent of human resources claim their companies focus on employee engagement while 67 percent say that focus on engagement is higher now than it was prior to the recession. Challenger, Gray & Christmas Inc. conducted the survey at the Society for Human Resources Management conference in Atlanta, according to the Central Valley Business Times.

“As the job market continues to improve, albeit slowly, more and more workers are starting to seek new opportunities. In recognition of this, employers are stepping up their efforts to hold on to the talent that was critical in helping the company survive the downturn,” John Challenger, chief executive officer of Challenger, Gray & Christmas, said in an interview with the Central Valley Business Times. “However, as many companies understand, retention is not merely a matter of salary hikes and fancy perks; it is about taking steps to ensure that employees feel that they are valued, challenged, and that their contributions impact the bottom line. That is what engagement is about — forming a bond between the employee and the employer.”

Challenger said that multiple surveys conducted recently show that unengaged employees tend to look for jobs elsewhere, are less productive and are not motivated to perform to the best of their ability. They also tend not to go past their job responsibilities. The human resources professionals surveyed in Atlanta said that communication between employee and employer is the best way to boost morale and engagement of employees. Twenty percent of those surveyed named awards and other recognition as the best way to increase engagement of employees.

“Of course, no company should employ just one method of increasing engagement. It is likely to take a combination of tools, which could change significantly from company to company, and even from department to department. It may be necessary for companies to test several methods before finding the best combination of programs,” Challenger said.

Of those surveyed, 83 percent said that performance reviews are the best way to gauge employee engagement at the workplace. Staff meetings were named by 67 percent of those surveyed for measuring engagement of employees. Other methods included teambuilding, one-on-one meetings and surveys.

“Just as companies may have to rely on several engagement-building tools, it is likely that it will require a number of tools to successfully measure engagement. A survey of employees may show that the 75 percent are motivated primarily by money, but what if none of those identified as the top performers or high potentials are among that 75 percent?” Challenger said. “Companies that rely strictly on the survey results might conclude that paying out bonuses is the answer and then still end up losing their best people because that was not the key to their engagement.”

How the HR Department Changed in the Last Ten Years
Let’s Get Social
Feel like getting in touch or staying up to date with our latest news and updates?
Related Posts
Latest In Work Relationships
BCG FEATURED JOB

Miramar office of our client seeks litigation associate attorney with 2 years of...

Centennial office of our client seeks associate attorney with 2 years of Special...

Our corporate boutique law firm is seeking a senior level M&A attorney with a book of business that ...

Paralegal (Intern) The candidate will be helping investors build wealth by turning their passion f...