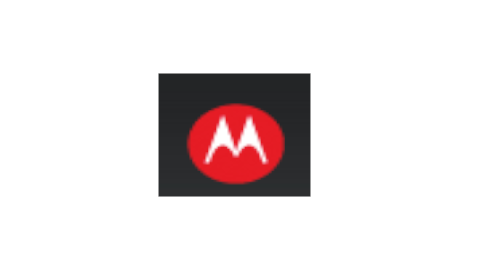 Motorola Mobility Ventures is a company that many people who do not think about. So, for those of you who are not considered it in the past here is a look at how the organization has chosen to describe itself, “Motorola Mobility Ventures identifies the early-stage companies that are developing cutting-edge technology that can help drive our vision of advancing communications, and forms long-term alliances providing business and technology expertise. We are actively engaged in driving the success of our partner companies and ensure their meaningful engagement with Motorola and its entire ecosystem.”

Sadly the company will be cutting back on a large number of jobs. The company is getting ready to trim out 4,000 jobs from the payrolls in order to cut back on their expenses. The losses will be one third of the total of the locations will be cut. This means the loss of about 30 facilities from the company when all is said and done.
While, for the time being the company has not outlined where exactly the job cuts are coming from, or how many locations will be feeling the heat from the job cuts, but the odds are good that at least one mass layoff action will occur. For those of you who are not familiar with the idea of a mass layoff action here is a look at how the federal government defines the term, “The Mass Layoff Statistics (MLS) program collects reports on mass layoff actions that result in workers being separated from their jobs. Monthly mass layoff numbers are from establishments which have at least 50 initial claims for unemployment insurance (UI) filed against them during a 5-week period. Extended mass layoff numbers (issued quarterly) are from a subset of such establishments—where private sector nonfarm employers indicate that 50 or more workers were separated from their jobs for at least 31 days.” The only good part of a mass layoff action is the fact that workers must be given 90 days notice before they are taken off of the payroll.

The layoffs are part of a much larger transition for the company, after its recent acquisition by the technology giant Google last year. For those of you who missed out on the acquisition here is a look at the announcement about the buy out, “We recently explained how companies including Microsoft and Apple are banding together in anti-competitive patent attacks on Android. The U.S. Department of Justice had to intervene in the results of one recent patent auction to “protect competition and innovation in the open source software community” and it is currently looking into the results of the Nortel auction. Our acquisition of Motorola will increase competition by strengthening Google’s patent portfolio, which will enable us to better protect Android from anti-competitive threats from Microsoft, Apple and other companies. The combination of Google and Motorola will not only supercharge Android, but will also enhance competition and offer consumers accelerating innovation, greater choice, and wonderful user experiences. I am confident that these great experiences will create huge value for shareholders.”

Hawker Beechcraft Issues Another Round of Layoffs

Xerox Corp to Make Large Scale Job Cuts
Let’s Get Social
Feel like getting in touch or staying up to date with our latest news and updates?
Related Posts
Latest In Work Relationships