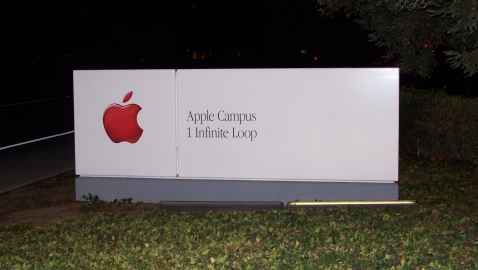 In some companies however the idea of loyalty is not completely dead. For those of you who missed out recently Apple was accused of quietly making a mass layoff action. For those of you who are not familiar with the idea of a mass layoff action here is a look at how the federal government defines the term, “The Mass Layoff Statistics (MLS) program collects reports on mass layoff actions that result in workers being separated from their jobs. Monthly mass layoff numbers are from establishments which have at least 50 initial claims for unemployment insurance (UI) filed against them during a 5-week period. Extended mass layoff numbers (issued quarterly) are from a subset of such establishments—where private sector nonfarm employers indicate that 50 or more workers were separated from their jobs for at least 31 days.”

The company has not publicly denied the layoff action even happened, and while the have changed the hours for some of their staff, the company says that anything more than that was the result of a simple error.

While those reports, which seem to center around the company’s retail locations, are not that unexpected when you consider how many other big tech firms have been laying off in the recent past. Some of you may recall our recent coverage of the layoffs at Motorola Mobility Ventures, but for those of you who missed it the first time around here is an excerpt that will get you up to speed, “Sadly the company will be cutting back on a large number of jobs. The company is getting ready to trim out 4,000 jobs from the payrolls in order to cut back on their expenses. The losses will be one third of the total of the locations will be cut. This means the loss of about 30 facilities from the company when all is said and done. While, for the time being the company has not outlined where exactly the job cuts are coming from, or how many locations will be feeling the heat from the job cuts, but the odds are good that at least one mass layoff action will occur.”

Before that it was another tech giant, Microsoft, that was letting go of workers, “It looks like Microsoft Corp.  is getting ready to make up a mass layoff of unknown proportions. The company is rumored to have laid of several hundred workers, though for now the exact amount of the job cuts have not been defined by the company. Since the reports circulating do say that the layoffs are set to impact several hundred workers we do know that it is set to be a mass layoff.”