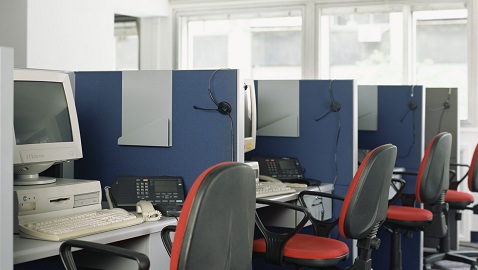 A manager of a call center had a dispute with an employee, which led to a decision to fire her. But the employee challenging her termination resulted in the manager ultimately losing her job. She responded with a lawsuit, alleging defamation and defamation per se – the latter referring to a statement that would be considered defamation at face value and need no further proof.

The woman worked for The WellPoint Companies, overseeing its NurseLine, a call-in operation for nurse associates and people with Anthem insurance, a WellPoint subsidiary. In September 2010, she was involved in an incident with one of the workers she supervised. She asked the worker to switch to a cubicle with a “Click-to-Talk” extension. The employee was resistant and, according to the manager, was loud and swore at her.

At an already-scheduled conference, the woman spoke with the NurseLine director and an HR rep and informed them of the confrontation. The two higher-ups determined that such behavior from the worker was grounds for termination and asked the manager to submit a written statement. The woman’s resultant memo said that the employee was “hostile,” used a specific choice word – the most popular one – and that two other workers witnessed the event.

The employee, however, denied the hostility, cursing or any inappropriate conduct. When she challenged her firing, the director and HR rep opened an investigation. They interviewed the two NurseLine associates who reportedly witnessed the incident, but neither could confirm the use of the curse word. Another associate, named by the manager as another potential witness, stated that she wasn’t even at work that day. The director and HR rep met with the manager to ask why no one heard the yelling or cursing, but the woman specified that she had never said that the two were yelling. Unhappy with the responses, the higher-ups fired the manager, believing she “misrepresented the severity of the situation.”

The woman’s legal action against WellPoint challenged six statements: the director and HR rep saying that the woman misrepresented and lied about the facts of the incident; the statement regarding the situation’s gravity; her personnel file noting “misconduct” as the reason for her termination; a statement that she had violated an ethics policy by misrepresenting facts; an email claiming that the manager offered no alternatives to the worker’s firing; and an email claiming that the manager had decided to terminate the employee.

WellPoint moved for summary judgment, while the woman made a motion to compel the company to produce documents related to its investigation and to reopen the higher-ups’ depositions. The district court found that the statements were protected by a qualified privilege and that the plaintiff had not shown a “genuine dispute” to support defamation or defamation per se. Summary judgment was granted, and the woman’s motion to compel was denied as moot.

On appeal, the plaintiff argued that the investigation was “grossly inadequate.” But the HR rep intentionally avoided “leading questions” – not specifically asking about the curse word – and any co-worker confirming the employee’s reputed agitation was futile, as she had been fired “predominantly” for her use of that notorious term. Appellate judges agreed that there was no adequate dispute of the facts, and the district court’s ruling was affirmed.

Fake FMLA Requests Can Be Overcome
Let’s Get Social
Feel like getting in touch or staying up to date with our latest news and updates?
Related Posts
Latest In Work Relationships
BCG FEATURED JOB