Home  » Study Says, Better To Eliminate Small Debts First, The Ones With The Highest Interest Rates Can Wait 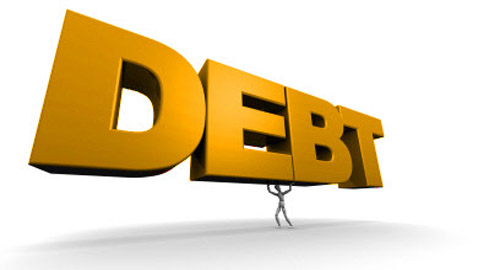 According to a new study published this month in the Journal of Marketing Research, clearing smaller debts first and getting them out of the way increases your chances of paying off the remaining debts and getting out of the red.

The study says that this approach called the ‘snowball method,’ is effective because it builds confidence and motivation. The authors of the study looked at the duration of around 4,200 consumer accounts with debt settlement company Freedom Financial Network.

The study compared debtors who used the “snowball approach” with those who took the seemingly more logical approach of first paying off the debts with the highest interest rates. The conclusion: Consumers who employed the “snowball” method were more likely to actually eliminate their debt.

Paper co-author David Gal, an assistant professor of marketing at the Kellogg School of Management at Northwestern University, said “There is a boost from closing off debt accounts. It’s not the “number of dollars that you’re paying off, it’s the number of accounts that you’re closing,” that will indicate whether the debtor will ever become debt free.

This does provide an answer to the vexing question of what is the best strategy for paying down debt. Is it better to pay off debt in the order of annual percentage rate, trying to eliminate loan with the highest rate of interest first, or do you get the smaller but relatively more number of debts and have lesser number of debts to deal with?

In the first case, the advantage seems that you reduce the amount spent on the high rate of interest and the cash saved can be used to eliminate the smaller debts. However, the study suggests that tackling the smaller debts is better and will put you in the right frame of mind and on course to manage the heavier debt burdens.

The study came in the wake of reports by credit-reporting bureau TransUnion revealing that the average credit card debt per U.S. consumer increased over the last year by more than $270.  On an average each card user had $4,971 of credit card debt in the second quarter of this year.

The snowball method is based on the idea that small victories are easier to achieve, but gives the debtor a feeling of accomplishment. The study shows that getting out of debt is as much a psychological battle as it is a financial one. Elimination of debt creates the perception of progress; merely being able to tick something of the debt list is motivation that will lead to persistence and eventually freedom from debt.

Personal financial expert Dave Ramsay says that it is immaterial whether the tactic used by the debtor is based seems unscientific and illogical. The important thing is that it should work. “What I have learned is that personal finance is 20% head knowledge and 80% behavior. You need some quick wins in order to stay pumped enough to get out of debt completely.”

Motivation is something that lessens and increases, whenever one is striving for any achievement, be it clearing debts or maintaining a diet. Even a small victory acts as a motivational “booster shot,” that our efforts are paying off and that if we persist we can accomplish our goals.

Study Says, Better To Eliminate Small Debts First, The Ones With The Highest Interest Rates Can Wait by Harrison Barnes
Tweet Like Plus Pin It Share

How the HR Department Changed in the Last Ten Years
Let’s Get Social
Feel like getting in touch or staying up to date with our latest news and updates?
Related Posts
Latest In Work Relationships