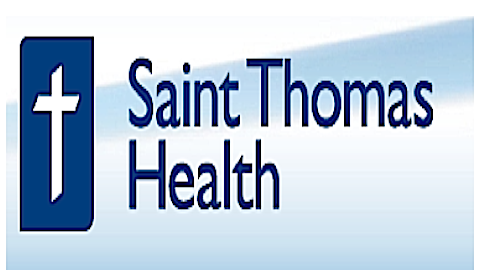 When it comes to medical facilities it is hard for most of us to tell one from another, unless you happen to have been a patient at the facility that is. Hospital systems can be even more confusing, as the will own many facilities and not just a single location. So, before we talk about the layoffs to come lets begin by getting a handle on the company in question.

For those of you who are not familiar with Saint Thomas Health here is a look at how they have chosen to describe themselves, “Saint Thomas Health is a family of Middle Tennessee hospitals united by a single mission: to provide spiritually centered, holistic care that sustains and improves the health of the communities we serve. Saint Thomas Health is the leading faith-based health care system in Tennessee, and is a part of Ascension Health, the largest not-for-profit health care system in the United States. We are committed to healing and dedicated to service – especially to persons who are poor or needy – reflecting the spiritual core of our mission, vision and values. Our family of five hospitals includes Saint Thomas Hospital, Baptist Hospital and The Hospital for Spinal Surgery in Nashville, Middle Tennessee Medical Center in Murfreesboro and Hickman Community Hospital in Centerville.”

The facility is getting ready to make a mass layoff action happen. For those of you who are not familiar with the idea of a mass layoff action here is a look at how the federal government defines the term, “The Mass Layoff Statistics (MLS) program collects reports on mass layoff actions that result in workers being separated from their jobs. Monthly mass layoff numbers are from establishments which have at least 50 initial claims for unemployment insurance (UI) filed against them during a 5-week period. Extended mass layoff numbers (issued quarterly) are from a subset of such establishments—where private sector nonfarm employers indicate that 50 or more workers were separated from their jobs for at least 31 days.”

In this case the mass layoff will mean the loss of 150 jobs from the company, at two different locations. The bulk of the cuts, and the guaranteed mass layoff action will occur at Saint Thomas Hospital. That facility is taking about two-thirds of the cuts. The other facility, Baptist Hospital, will lose only about one-third of the 150 workers, making its status a mass layoff questionable for the time being. It is also possible that some of the jobs may be able to be cut through attrition.

The only good news is that under the terms of a mass layoff action the workers must be given several weeks of notice before they can be cut from the payroll. So the workers have some time to adjust to the news.

The company did not put out any information about the losses. Instead their most recent release was about a healthy cooking class, “Saint Thomas Heart, the cardiac division of Saint Thomas Health, is pleased to announce the 2012 fall schedule for its Heart Healthy Cooking School, a series of free cooking demonstrations and tastings. Classes will be held throughout the fall and are free and open to the public. Due to previous response for the Heart Healthy Cooking School, space will be limited to the first 75 registrants.”