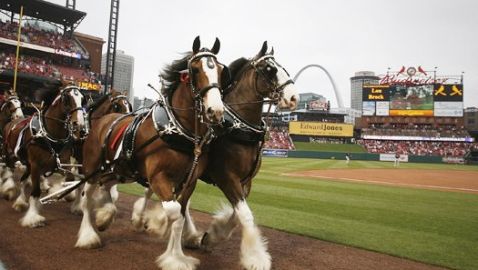 An announcement was recently made from Major League Baseball, as well as the Anheuser-Busch InBev, in which they both state that they will continue to keep their sponsorship and relationship with one another, which has been ongoing for the past three decades. Now that the MLB has continued to stick with the company, the brewer will now be considered to official beer sponsor for Major League Baseball for the next six years, up until 2018. The financial aspect of the deal was not disclosed but several analysts believe that the deal is currently worth around $40 million for each baseball season. Most of the money will likely be put toward television advertising, along with other methods of promotion. The deal will start with the opening of next season.

To keep up with this new agreement that has been put in place, Budweiser has decided to invest money in a number of different advertisement spots, all of which are 30-seconds long and will be aired during the wild card coverage, which is featured on TBS. A-B is also going to be the sponsor for the Major League Baseball’s opening week, which takes place during the month of April. They will also be the sponsor for the concert series, which is held at the MLB Fan Cave. There will be a number of top performers at the concert, including Nas and the Avett Brothers, and many people are in anticipation of the concert and performances, excited to see some of their favorite performers.

Once the deal was made available to the general public, Budweiser chose to revamp all of the websites that it has that are also currently affiliated with the MLB. They updated banners on the websites, speaking highly of the MLB and the pride that the company has for Major League Baseball in general. They have created new advertisements, one of which read, “America’s Pastime and America’s Beer. The Celebration Continues.” In the meantime, the EVP of business for the MLB, Tim Brosnan, said, “For more than 30 years, America’s national pastime has partnered with America’s beer, and we are proud to continue the union of two brands that evoke such loyalty and emotion.” He also said, “By partnering on initiatives like the wild card and MLB Fan Cave, this new agreement truly demonstrates an evolution in our relationship.” Brosnan feels proud to be sponsored by A-B and Budweiser and the feeling is mutual. At this point in time, Budweiser accounts for the vast majority of media spending on A-B’s behalf.