Home  » Was Termination a Reduction-in-Force, or a Violation of Whistleblower Act? 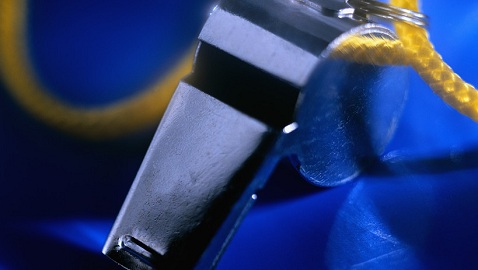 A woman working at a Chicago regional office had been with a company for years but was fired only eight months after receiving a promotion. Was it due to a less-than-stellar job performance, or because she had reported illegal activity and participated in a government investigation?

She was hired by St. Jude Medical in 2003 as a Corporate Accounts Director (CAD), overseeing sales practices and regional pricing. In 2006 and 2008, she was given 3 out of 5 on her annual performance evaluation, from two different supervisors. The earlier appraisal cited areas for improvement, including her communication skills, while the 2008 evaluation was more favorable. As CAD, the woman made numerous reports to management, claiming that St. Jude was violating anti-kickback laws by leaving certain equipment or software in hospitals when they should have been removed.

In 2009, the VP of Corporate Accounts promoted the woman to Director of National Accounts. She remained in Corporate Accounts but was now responsible for the company’s national accounts. In her new position, she found equipment that had remained at the hospital and informed the VP that it was illegal. She likewise cooperated with a federal investigation into the company. According to the woman, she had told the VP of her part in the investigation, but he asserted in court that he was unaware of her involvement.

Shortly thereafter, the VP was informed of St. Jude undergoing a reduction-in-force and was told to choose three people from Corporate Accounts. He ranked employees utilizing the 2008 evaluations, and the woman and six other employees receiving the lowest rankings. The workers were narrowed down to the bottom five, and the VP selected the lowest two and the woman – though she was ranked higher than two additional employees. The VP later explained that the other two were new and had greater potential for improvement.

Following her termination, the woman sued, alleging that St. Jude had violated Minnesota’s Whistleblower Act by firing her, at least in part, for reporting illegal activity and participating in the investigation. The district court granted summary judgment in favor of St. Jude, not believing that the plaintiff had shown pretext.

On appeal, the woman first pointed to the temporal proximity between her whistleblower actions and her termination – she was fired only one month after she allegedly informed the VP of the continuing investigation. But, according to appellate judges, timing alone is not enough to prove retaliation for protected activities.

The plaintiff next tried to disprove her reputed lackluster performance, citing her promotion, her reviews showing an “above average” rank when viewed objectively and no documentation of performance issues. But there were two significant factors that she didn’t dispute: her comparison to a similarly-situated employee, whom the VP claimed was superior in terms of performance; and, though she challenged the severity, the VP confronting the woman about her lack of professionalism regarding a customer and the manner in which she handled clients’ requests.

The appeals court saw no need to “second guess” the VP’s business decision in retaining workers with more potential. Judges did not believe that the plaintiff had successfully proven a “genuine issue of material fact” concerning pretext. Consequently, they affirmed the district court’s grant of summary judgment.

Was Termination a Reduction-in-Force, or a Violation of Whistleblower Act? by Harrison Barnes
Tags: employment termination, lawsuit, us court of appeals, whistleblower
Tweet Like Plus Pin It Share

Home Depot Sued by Two Former Female Employees for Sexual Discrimination
Let’s Get Social
Feel like getting in touch or staying up to date with our latest news and updates?
Related Posts
Latest In Work Relationships
BCG FEATURED JOB

Internship Interns may be asked to do a variety of tasks, including answering phones, writing lette...