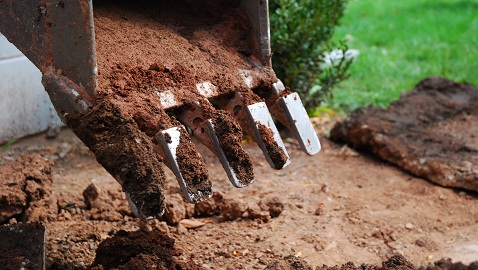 A Caterpillar, Inc. employee sustained an injury at work, which led to multiple visits to the doctor and being placed on numerous medical restrictions. When the company could no longer find a permanent job to accommodate her restrictions, management terminated her employment. The woman sued, alleging that Caterpillar had violated the ADA (Americans with Disabilities Act).

The woman was hired to work at Caterpillar’s manufacturing facility in Aurora, IL. She was a supplemental employee – working 40 hours in a temporary position for an undetermined amount of time. She worked the 980-tractor line, attaching steering shafts, hydraulic hoses, toolboxes and side panels to tractor cabs. After only two weeks on the line, she injured her neck. She initially did not report the injury or seek medical attention on the alleged advice of a union rep. However, five weeks later she informed management what had happened.

She was sent to the company physician, who diagnosed her with marked spurring – irregular growth on arthritic or damaged bones – on her spine and arthritis in her neck. The doctor restricted her to not lifting, pulling or pushing more than ten pounds, not rotating or bending her neck and no overhead work. Higher-ups placed the woman in a temporary position filing papers. Two more doctor visits and persistent pain resulted in a diagnosis of acute cervical syndrome and a referral to a local spine specialist. Similar restrictions were implemented, and both doctors agreed to change the lifting restriction to not over twenty pounds.

When the paper-filing gig was done, the woman was placed in different, less demanding positions. An additional restriction of not working more than 40 hours a week was added. Her doctors believed that the employee would not be able to return to regular assembly work and emailed management of her restrictions lasting indefinitely. Caterpillar made the decision to fire her, as she would be unable to handle any permanent position, but noted that she would be considered if a suitable position was available. After seeing two other doctors, both of whom said that she could resume working, the woman brought action against Caterpillar for an ADA violation.

The district court found in favor of the company, not believing that the woman was “qualified” as having a disability by ADA standards. On appeal, she tried to prove that Caterpillar considered her as having a physical impairment that limited her ability to work – thereby showing that she was a disabled individual protected by the ADA. She cited all of her medical restrictions, but appellate judges believed that management found her capable of working, having placed her in three different positions despite the restrictions. A statement made by an employee considering the woman for an opening position – saying that he would be “hard pressed” to find a job to accommodate her restrictions – likewise failed, as her lawsuit was in regard to her termination, not discrimination relating to a rehire.

Because the woman could not prove that Caterpillar considered her physically limited to perform duties, her attempt to show that she was ADA qualified was unsuccessful. The district court’s judgment was affirmed.

10 Things to Look for When Hiring
Let’s Get Social
Feel like getting in touch or staying up to date with our latest news and updates?
Related Posts
Latest In Work Relationships
BCG FEATURED JOB