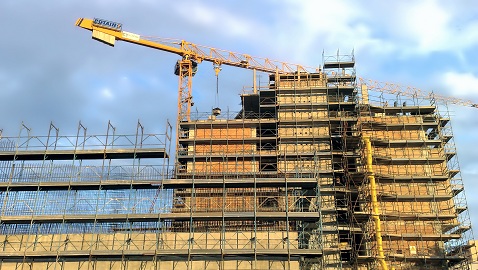 An appeals court recently reversed the certification of two classes for a lawsuit against a construction company, alleging racial discrimination and a racially hostile work environment. Appellate judges did not even address the allegations, looking only at the validity of the class definitions.

The business named in the suit was Walsh Construction Company. Twelve former employees claimed that they suffered discrimination with the way in which overtime was assigned and the working conditions. They alleged that Hispanic and white workers were more likely to get overtime hours. Likewise, some of the superintendents and foremen at some of Walsh’s project sites reportedly used racially derogatory terms or didn’t stop other workers from doing so, and derogatory graffiti showed up at some of the sites as well. The plaintiffs requested that the suit be certified as a class action to cover all of the company’s 262 sites in or around Chicago since mid-2001. The request was granted.

Each of the two classes defined the group as all blacks employed by Walsh during the period of June 1, 2001, through the present. One problem with the class definitions is that none of the 12 plaintiffs have worked for Walsh past 2002. The suit is still timely – judges blamed the delay on the EEOC (Equal Employment Opportunity Commission), which took a long time issuing right-to-sue letters – but, according to the appeals court, the definitions are still inaccurate. Furthermore, the class concerning overtime hours specifies workers not earning more due to their race – so that, even if Walsh was rendered judgment in its favor, any former employees, of another “class,” could sue for the same reason.

These two problems could be fixed by adding more plaintiffs or changing the wording of the class definition. But Walsh’s argument on appeal was that the classes included workers for all of its Chicago sites since 2001. When contesting the matter in district court, there were 262 sites, but today there are likely even more. Each site has a different superintendent with different policies, and the superintendents typically oversee multiple sites with varying foremen. The allegedly discriminatory practices – both the assigning of overtime and the derogatory remarks and graffiti – were dependent upon the foremen.

The plaintiffs admitted in court that most superintendents do not discriminate against them. They specified at least five superintendents and foremen, but none of them worked for Walsh anymore. In the same vein, some sites were noted as sources of racial discrimination, but numerous other sites were free of any hostility. Citing a previous case involving Walmart, judges stated that site-specific polices allowing for “local discretion” could not rightly be used in a company-wide class.

Judges further noted that the 12 plaintiffs did not experience working conditions at all sites, so that the hostile work environment class did not satisfy Rule 23(a)(2) of Federal Rules of Civil Procedure, which requires commonality within the class. They also said it was “not manageable” – a trial per site and possibly weekly since crews are constantly changing.

It’s feasible for the plaintiffs to certify a class for a single construction site or superintendent and, if not even people to meet a class definition, to sue individually. In any case, the appeals court recommended promptness so that the six-year-old case wouldn’t continue to “gather moss.”

Want to Be a Great Leader? Learn to Listen
Let’s Get Social
Feel like getting in touch or staying up to date with our latest news and updates?
Related Posts
Latest In Work Relationships