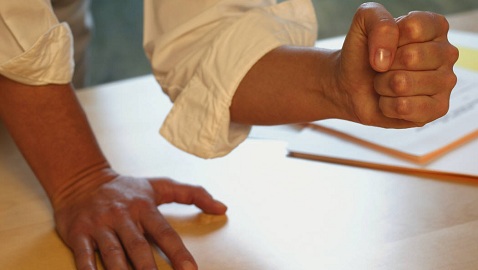 Bullying has become a serious concern in recent years. Whether physical or occurring online, it’s most often associated with children in school. But bullying isn’t limited to school hallways and parking lots. Sometimes bullies make their way to the workplace.

According to a study recently posted on CareerBuilder’s website, many people believe they’re being bullied at their jobs. In fact, thirty-five percent of employees reported as such, an eight-percent increase from last year’s survey. Bullying may very well be the reason for issues with a person’s health, a theory confirmed by 16 percent of workers. More than 50 percent of the people participating in the study said they’ve avoided confrontations with bullies, while 17 percent have found the circumstances so unbearable that they left their jobs. Most of the run-ins with bullies are not even reported.

Not every workplace bully is the boss. Well, okay, most of the time that’s true – 48 percent named their employer. But workers have also been intimidated by co-workers, at 45 percent; customers, at 31 percent; and 26 percent of participants even citing a superior, ranked even higher than the boss, as the source of bullying. Tormenters at the workplace are generally older than their victims, as over half of the workers (54 percent) are bullied by their elders. But 29 percent are browbeaten by someone who’s younger.

Bullying comes in all forms. The majority of workers, at 42 percent, said they were accused of making mistakes that they hadn’t made. Thirty-nine percent experienced bullying by simply being ignored, while 36 percent dealt with differing standards or policies than was applied to co-workers. Others have suffered relentless criticisms (33 percent); a person shirking duties and adversely affecting the worker’s own performance (31 percent); and the boss yelling at the employee in front of peers. Bullies have also demeaned employees at meetings (24 percent); spread gossip wholesale (26 percent); took credit for someone else’s work (19 percent); excluded workers from projects and meetings (18 percent); or simply mocked an employee on a personal level (15 percent).

Of the people who confronted their bullies on their own – a little less than half – 50 percent reached a resolution, 38 percent said that the bullying continued and 11 percent noted that the already unpleasant situation just became worse. Human Resources is a good place to report workplace bullying, but only 27 percent of survey participants have spoken to HR. And of those, a mere 43 percent said that something was done about it, while 57 percent apparently received no help.

CareerBuilder offered tips for dealing with bullies at work. First of all, document everything – any related incidents, including where, when, what exactly occurred and who was there. Addressing the bullying with the bully is likewise suggested; sometimes a bully may not fully comprehend the impact of his/her behavior towards others. Lastly, when discussing the situation with anyone, always be looking for a solution, in lieu of only offering complaints.

The online survey was conducted from May 14 to June 4, 2012, by Harris Interactive on CareerBuilder’s behalf. Participants included 3,892 full-time U.S. employees, non-government and not self-employed, 18 years of age and older.

Recent Study Shows That Bullying in the Workplace is a Common Problem by Harrison Barnes
Tags: bullying at work, employee survey, human resources, study
Tweet Like Plus Pin It Share

Beat Down Conflict with These 9 Indispensable Rules

Succeeding at Managing a Team in 14 Steps
Let’s Get Social
Feel like getting in touch or staying up to date with our latest news and updates?
Related Posts
Latest In Work Relationships