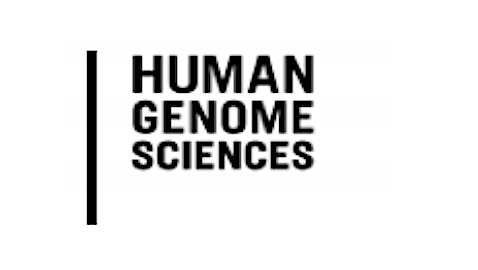 Human Genome Sciences is a company that most of us do not know much about. For those of you who are not familiar with the functions of the company here is a look at how they choose to describe themselves and their first product to reach approval, “Human Genome Sciences exists to place new therapies into the hands of those battling serious disease… On March 9, 2011, HGS and GlaxoSmithKline PLC (GSK) announced FDA approval of BENLYSTA® (belimumab) for the treatment of autoantibody-positive adult patients with active, systemic lupus erythematosus who are receiving standard therapy. BENLYSTA is the first new approved drug for lupus in more than 50 years – and the first HGS product to receive FDA approval.”

Sadly the company is getting ready to cut back on about 114 jobs, making a mass layoff action. The company is, for the time being, not saying much about the job cuts that they are going to make. All that we know is that jobs cuts will begin next month, in October, and they are part of a the recent buy out efforts by GlaxoSmithKline. Here is an excerpt from that release, “GlaxoSmithKline plc (LSE: GSK) and Human Genome Sciences (NASDAQ: HGSI) today announced that the companies have entered into a definitive agreement under which GSK will acquire HGS for US$14.25 per share in cash. The transaction values HGS at approximately US$3.6 billion on an equity basis, or approximately US$3 billion net of cash and debt, and represents a premium of 99% to the HGS closing price of US$7.17 per share on 18 April 2012, the last day of trading before HGS publicly disclosed GSK’s initial private offer. The Boards of Directors of both companies have approved the transaction.”

We do know that these job cuts will be enough to qualify as a mass layoff action under the current federal guidelines. For those of you who are not familiar with the idea of a mass layoff action here is a look at how the federal government defines the term, “The Mass Layoff Statistics (MLS) program collects reports on mass layoff actions that result in workers being separated from their jobs. Monthly mass layoff numbers are from establishments which have at least 50 initial claims for unemployment insurance (UI) filed against them during a 5-week period. Extended mass layoff numbers (issued quarterly) are from a subset of such establishments—where private sector nonfarm employers indicate that 50 or more workers were separated from their jobs for at least 31 days.” The only good news here is that under the terms of a mass layoff action the company has to give workers several weeks of notice before they are taken off of the payrolls.

Sadly this is not the first time that GSK has made layoffs to cut costs. Here is a look at some of their earlier layoffs, “…Less than 50 jobs total will be lost, about half of those coming out of North Carolina’s Research Triangle. These jobs cuts are part of a bigger cost saving plan announced after GSK’s 2009 financials were released.  The company has cut back on research into drugs affecting pain and depression and the most recent cuts reflect the fact that fewer medications are reaching late stage clinical trials.”