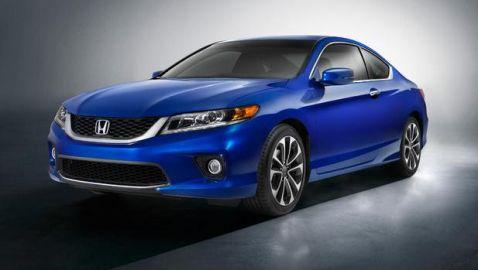 One thing that most people have become accustomed to seeing during the month of September, aside from the state of the school year and the picking of apples after their harvest, is the new changes that Honda manages to rollout each and every year, exactly around the same time. It is always around September when Honda chooses to roll out its new advertisements for the most recent Honda model available. Honda is known for having some of the most creative and exciting advertisements that tend to generally grasp the attention of a targeted audience, getting those who are interested in buying a new care interested in purchasing a Honda.

Honda has a brand new campaign for its 2013 Accord. The campaign is referred to as the It Starts with You campaign and is all about how the car is actually designed with users in mind. The focus of the advertisement it to show how technology can be used to put together such amazing items, specifically automobiles. The VP of Marketing for the US sales of Honda in Torrance, California, Mike Accavitti, believes that the purpose of the new campaign is to deliver a message that focuses primarily on technology but also shows that Honda is different from the competition and is the ideal choice for those who are looking for a safe and reliable vehicle. The whole purpose of the campaign is to prove to the audience that the right choice is the 2013 Honda Accord and not any of the other competitor cars.

The advertisements that will be featured on television depict a different picture than the average vehicle commercial. These advertisements show people who are not necessarily the happiest about having to drive. The commercials tend to show people doing what they would normally do throughout their daily lives while also avoiding some of those clichés that automobile advertisements tend to portray. Some advertisements are a bit more specific, providing general information on what the vehicle has to offer to those who buy it. The SVP for RPA, Jason Sperling, has said, “We didn’t want to show a commercial-perfect representation of life.” He also said, “Our characters have flaws. They get mad and pound the steering wheel. Sometimes they are happy, sometimes exhausted, sometimes frustrated or impatient. Sometimes they take their eyes off the road for a split second. Sometimes they just want a moment of peace.”