Home  » Professor Sues University After She Allegedly “Abandons” Her Position 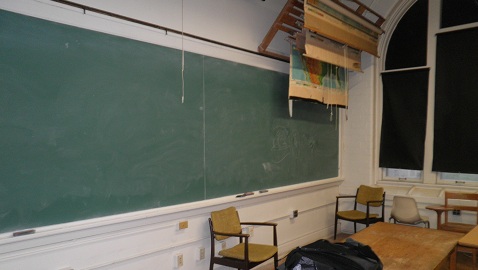 A Kansas State University professor with a medical condition was working at home when she received notification that she was in actuality expunging her sick leave and vacation days. This ultimately led to the woman losing her job, so she sued, claiming a breach of contract and violation of due process.

The woman was a tenured professor at KSU’s Department of Grain Science & Industry. She informed the department head that she’d developed a pulmonary condition from exposure to flour dust at the university and for several years planned how her condition could be accommodated. She began working at home, doing academic research and co-writing an academic article. After only about a semester, the department head sent her a letter, telling her that her available leave was being applied to her absences.

The professor’s physician submitted a letter to the department head, who then requested clarification on her condition. A month later, he sent another letter to inform the woman that she’d exhausted her leave and was on unpaid status. The woman’s attorney mailed a letter and demanded that her leave be reinstated. Shortly thereafter, the department head and the president/CEO of the Kansas State University Foundation notified the professor that it appeared as if she had “abandoned” her position and was no longer communicating with the university. Three days later, her resignation was processed.

The woman tried to appeal her termination based on KSU’s policies regarding tenured professors, but she was ineligible because she had resigned. She responded with a lawsuit against the department head, the Foundation CEO, the KSU president and the then-VP, alleging breach of contract and federal claims of violations of substantive and procedural due process. The district court granted the defendants’ motion to dismiss, stating that the woman admitted that she “could not maintain” her claim for breach of contract. Regarding the remaining claims, judges determined that the defendants were entitled to qualified immunity.

The woman appealed only one of her due process claims – for deprivation of a property interest. She argued that her employment had been considered “abandoned” without proper notice and she had not been given the opportunity for a hearing. But appellate judges designated the multiple letters from the department head as proper notice. She was warned of her leave diminishing, clarification from her doctor had been requested (pertaining to her ability to perform essential job functions), and she was informed of her exhausted leave and told to “schedule a meeting… at her earliest convenience” with regard to returning to work.

The woman, contrarily, severed all ties to communication. Her doctor had no permission to correspond with the university, and she had not alleged in her complaint that she had ever called, emailed or contacted any person at the university. The only communication was indirect – the letter from her attorney. After the letter notifying her of her abandoned position, the woman had three days to respond before the resignation was processed, but she did nothing. Judges believed that a “clearly established law” was not violated, as the woman alleged that the violation was only a university policy. The appeals court affirmed the district court’s grant for dismissal based on qualified immunity.

Professor Sues University After She Allegedly "Abandons" Her Position by Harrison Barnes
Tags: breach of contract, due process, lawsuit, resignation, university, us court of appeals
Tweet Like Plus Pin It Share

Want to Attract Top Talent to Your Company? Have a Purpose
Let’s Get Social
Feel like getting in touch or staying up to date with our latest news and updates?
Related Posts
Latest In Work Relationships
BCG FEATURED JOB