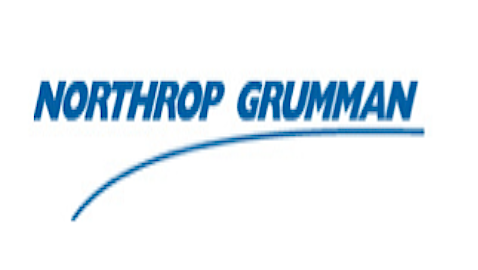 Northrop Grumman is a name that many of you may not be familiar with, s before we talk about the job cuts to come lets begin by talking about how the company has chosen to describe itself, “Northrop Grumman is a leading global security company providing innovative systems, products and solutions in aerospace, electronics, information systems, and technical services to government and commercial customers worldwide.”

Northrop Grumman is getting ready to cut back on 590 workers in the state of California as a measure to cut with the reduced defense budget put out by the government as a way to alleviate pressure and allow more aid to flow directly to the states. The funds, which would simply be redirected for a few years, will be used to stimulate more wide spread employment.

The job cuts are likely to make at least one mass layoff action happen in the already beleaguered state of California. For those of you who are not familiar with the idea of a mass layoff action here is a look at how the federal government defines the term, “The Mass Layoff Statistics (MLS) program collects reports on mass layoff actions that result in workers being separated from their jobs. Monthly mass layoff numbers are from establishments which have at least 50 initial claims for unemployment insurance (UI) filed against them during a 5-week period. Extended mass layoff numbers (issued quarterly) are from a subset of such establishments—where private sector nonfarm employers indicate that 50 or more workers were separated from their jobs for at least 31 days.”

This is, of course, not the first time that the company has resorted to layoffs in order to job cuts in order to fix its profits. Here is an excerpt from its earlier coverage, “According a spokesman from Northrop Grumman Corp., reduced business will cause the defense contractor to cut nearly 500 jobs. The majority of the cuts will come from the company’s Baltimore facility at Washington International Thurgood Marshall Airport. That facility has 8,000 employees.”

Before that the company made some sizable cuts in the state of Florida, “American aerospace and defense technology company, Northrop Grumman Corp., will cut 150 jobs from its Florida-based laser-weaponry factory. Those affected are highly paid, highly technical positions. Over 14% of the factory’s 1,100 workers will be affected by the layoffs according to a spokeswoman for Northrop. Notices will be issued later this month, and are expected to take place sometime in mid-March.”

Interestingly enough the company’s most recent release was about a new contract, not about the fate of several hundred of its workers. Here is a look at that release, “FALLS CHURCH, Va. – Sept. 18, 2012 – Northrop Grumman Corporation (NYSE:NOC) and AgustaWestland (AW), a Finmeccanica company (FNC IM, SIFI.MI), announced that they have signed a comprehensive teaming agreement to respond to anticipated requests for both the new U.S. Air Force Combat Rescue Helicopter and the U.S. Navy’s recently announced program to develop a new “Marine One” presidential helicopter. A U.S.-built helicopter based on the AW101 platform will be offered by Northrop Grumman to meet these requirements. The agreement pairs Northrop Grumman’s proven management and systems integration expertise with AgustaWestland’s world-renowned rotorcraft manufacturing and advanced helicopter design and development. The AW101 system offers both programs an optimum mix of capability to successfully bring the best possible new combat rescue helicopter to the Air Force and the best possible new presidential Helicopter to the Navy-Marine Corps team.”