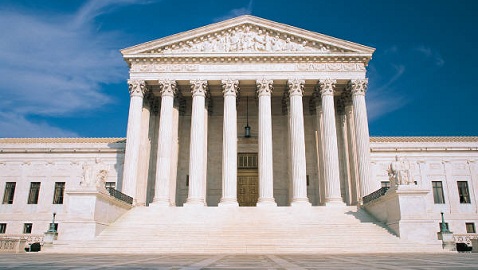 A woman formerly employed by AT&T Mobility filed a lawsuit after her employee benefits were denied and she was subsequently fired. But did she sue the right company?

The woman worked at an AT&T call center. She was absent from work for several months, having requested short-term disability leave to cover the workdays she was missing. This request was granted by Sedgwick, Inc., the company hired to administer employee benefit plans. The woman, however, did not return to work on the final day of her leave. Her employers sent her a letter, informing her that policy dictated that an employee who’d exhausted leave under the FMLA (Family and Medical Leave Act) would have to either return to work or receive approval for additional leave. Her request for an extension on her leave was denied. She did not return to work and was fired shortly thereafter.

The woman brought action against AT&T Mobility under ERISA (Employee Retirement Income Security Act of 1974) for denial of benefits. The district court dismissed the claim, citing that AT&T was not a “proper defendant” because it did not sponsor or administer the employee benefits plan – Sedgwick was the administrator and AT&T Mobility’s parent company, AT&T, Inc., who’d hired Sedgwick, was the plan sponsor. Furthermore, judges noted that the plaintiff’s complaint failed to sufficiently state a claim for ERISA retaliation.

On appeal, the woman argued that AT&T Mobility had some control over decisions regarding employee benefits and was therefore liable for denying any such benefits. To support her argument, she cited her affidavit testimony. She was a union representative for other workers’ grievance proceedings, and in that position, she’d seen AT&T Mobility managers assess and overturn Sedgwick’s decisions in relation to employees’ disability benefits. She believed that her account was proof that the AT&T subsidiary had influence over determinations of employee benefits, and it was likely that the same was true in determining actions concerning her benefits as well.

Appellate judges disagreed with this argument. They believed that what the woman had witnessed was Sedgwick opting to “reconsider” decisions on benefits stemming from an “informal request” from an AT&T manager hoping to settle an employee grievance proceeding. According to the judges, Sedgwick might have occasionally catered to the managers’ requests but was not surrendering control in decisions on employee benefits.

Regarding ERISA retaliation, the woman alleged that AT&T Mobility did not want to cover her disability benefits – arranging Sedgwick to deny the extension request and using her absence of short-term disability leave as a pretext for her termination. She believed the district court was wrong in ruling that she’d failed to state a claim and should have afforded her the opportunity to amend her complaint.

But appellate judges did not even consider the validity of the complaint for a simple reason – it was predicated on AT&T Mobility having control over benefit decisions, which judges had already discounted. Both courts believed that AT&T Mobility did not have the final say regarding benefits and consequently was not an accurate defendant in this case. The district court’s dismissal was affirmed.