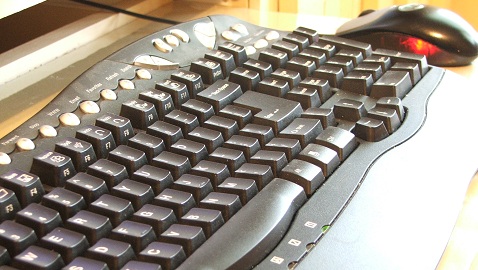 A woman working at Sandia National Laboratories brought legal action against the parent company, alleging discrimination on the basis of her age and national origin. She specifically claimed that her manager was awarding her lower performance ratings, which in turn was lowering her raises and options for promotions.

The woman, who’s now retired, is Hispanic and was in her mid- to late fifties at the time of the reputed discrimination. She was hired in 1968 for a secretarial position and became a member of the technical staff in the Safeguards and Security center in 2000. Sandia used a computer program to determine employees’ individual raises, taking into account such factors as performance ratings, an individual’s current salary against the salaries of co-workers and the total amount of money the company had set aside for its annual raises.

Regarding the discrimination claim, the woman made no allegations against the computer program except for the inputting of the employee performance ratings. These ratings were the only part of the computer program that managers controlled, as they determined the performance ratings. In 2004, the woman was awarded to highest possible rating but was rated lower for the subsequent three years. She claimed that the manager assigning the ratings to her resulted in a smaller raise and, as promotions factored in wages, less chances for the woman to be promoted.

She filed a charge with the EEOC (Equal Employment Opportunity Commission), which issued a Right-to-Sue letter. She then filed a lawsuit, claiming violations of the ADEA (Age Discrimination in Employment Act) and the Civil Rights Act by discriminating against her due to age and national origin. She also made other claims as part of her suit, but she abandoned some of these and others were part of the district court’s grant of Sandia’s motion to dismiss. Judges considered only the plaintiff’s assertion that her raises and the shifting of her job responsibilities were discriminatory.

In district court, the woman’s arguments failed. Judges did not believe that she had shown any “similarly situated” employees, a necessity in proving discrimination. The court also declined to consider the plaintiff’s raises as adverse actions from her employers, as, according to the judges, the raises she was awarded were “within the range of raises” for her co-workers. Because the woman couldn’t show that her raises were a pretext for discrimination, summary judgment was granted in favor of Sandia.

On appeal, judges noted the manager’s testimony that the woman was “competing” for ratings with people doing vastly technical work. Managers could award no more than 25 percent of employees with the highest rating, and other workers had master’s degrees in physics, mathematics and business administration, while the woman only had a high school diploma. This was not only a legitimate reason for the woman’s lower ratings, but also negated her assertion of similarly situated co-workers.

Appellate judges found no merit in the woman’s evidence to support unfavorable treatment or the assertion of age and national origin discrimination. The district court’s grant of summary judgment was accordingly affirmed.