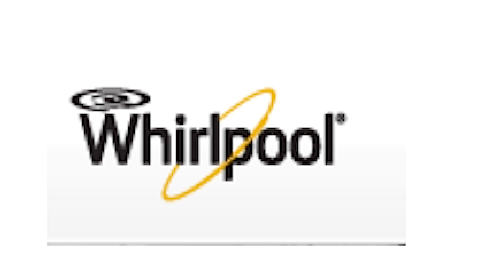 Whirlpool  is a name that you may know a little bit about, if you have spent some time considering home appliances. For those of you who are not too familiar with the company lets begin by taking a look at how they choose to describe themselves,

“Whirlpool Corporation is the world’s leading manufacturer and marketer of major home appliances, with annual sales of approximately $19 billion in 2011, 68,000 employees, and 66 manufacturing and technology research centers around the world. Whirlpool brand recognizes that consumers lead busy, active lives and continues to create solutions that help consumers optimize productivity and efficiency in the home. In addition to designing appliance solutions based on consumer insight, Whirlpool is one of Habitat for Humanity’s largest corporate partners, donating a refrigerator and range to every new Habitat for Humanity home built in North America”

Sadly the company is getting ready to close its product development center in Evansville and that will mean the loss of about 220 jobs, enough to qualify as a mass layoff action under the current federal guidelines. For those of you who are not familiar with the idea of a mass layoff here is a look at how the federal government defines the term: “The Mass Layoff Statistics (MLS) program collects reports on mass layoff actions that result in workers being separated from their jobs. Monthly mass layoff numbers are from establishments which have at least 50 initial claims for unemployment insurance (UI) filed against them during a 5-week period. Extended mass layoff numbers (issued quarterly) are from a subset of such establishments—where private sector nonfarm employers indicate that 50 or more workers were separated from their jobs for at least 31 days.”

This is not the first time that the company has resorted to layoffs and facility closures in order to set its balance sheet to right. For those of you who missed out on our earlier coverage here is a look at our earlier coverage of closures in Fort Smith, “The Whirlpool Corporation is getting ready to get rid of staff. The company made an announcement on Thursday letting the world know that it will be closing one of its manufacturing facilities by the middle of 2012. The facility that will be closing is located in the town of Fort Smith. Workers at the Fort Smith facility were told about the soon to be layoffs on the same day as the release. The company made the formal announcement for them in a meeting on Thursday afternoon. At the very least the company gave them ample warning time to try and find a new job. According to the companies statement the closing of the facility will mean letting go about 1000 employees. Of those employees only 90 of them are salaried and 884 of them were hourly.”

Before that, in 2008, the company made another massive layoff action, “Whirlpool spokesperson sent out an email to a local community paper, detailing the layoff plan announced in late 2009. The email said layoffs at the fridge-maker will begin in October, after the counter-depth refrigerator production at the plant in Fort Smith, Arkansas. More layoffs, which were only recently announced, will take place November. Saletta said the layoffs were “due to softening of demand, which is typical at this time of year. A local television station in Arkansas claimed the number of layoffs would fall between the number of 600 and 1,000.”