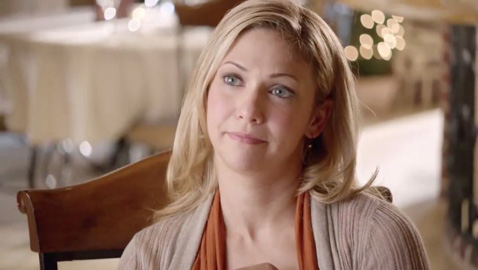 When Nielsen released data, relatively inconsequential, that second time mothers were more likely than first-time mothers to buy Luvs, the diapers made by Proctor & Gamble, the company used it launch an advertising campaign reaching out to “Second Time Moms.”

The ad tells them what a great product Luvs was and that the diaper was an automatic choice for them because they had gone through thousands of diaper changes, the first time around and had now become experts in deciding what was good for the child and what was not.

The smartly designed ads take everyday tasks, connected with bringing up the first child and the mistakes that a first-child mom makes. The four ads titled, “Breastfeeding”, “Temperature”, “Changing Table” and “Park” each shows the increasing self-assurance and coolness that mothers have in bringing up a second child.

The ads also tell that Luv is cheaper than their other brands and the second time round, usually money is also a little tighter and hence it also makes economic sense to buy Luvs.

There are great expressions in the ads, the elder brother reacting to the waiters gaze in the restaurant and the father saying sorry, while measuring his baby’s temperature.

First-time moms get very frantic and are always on their edges, always believing that what they have done is not correct. They are always hassled and pressurized.  The ads show this cliché in humorous and easy to relate everyday activities and then show the evolution from first-time moms to second-time moms, who are epitomes of poise and confidence and not to speak of the fact that they now buy Luvs, in place of the ineffective brands that they purchased before.

The ad that stands out among the quartet is also the most provocative, titled “Breastfeeding” it shows a mother doing just that in public. The first-time around, she glances around nervously trying not to expose her breasts, as she attempts to feed her child but the second-time around she is feeding her baby at a restaurant and is calm and composed even in the presence of a waiter is more uncomfortable than her, but staring at her breasts.

She calmly tells him “Eyes up here buddy” and then says that her baby has already ordered breast milk.