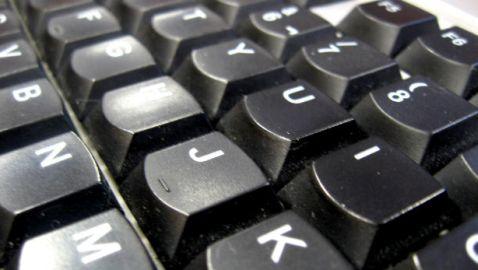 Within the span of just four years, the ad-supported internet ecosystem has increased and is now employing a total of 5.1 million individuals, which has made this particular sector one of the most vital and important sectors for the United States since the Great Recession took place. This particular sector is helping to improve the United States economy. The ecosystem has helped to contribute billions of dollars to the United States and its economy in the span of just one year. The exact total was around $530 billion, which were actually double the figures from four years before, back in 2007. These particular findings came from the updated study, Economic Value of the Advertising-Supported Internet Ecosystem, which were first released back in 2009 and provided information and data on the results from 2007.

Professor John Deighton took part in the current study, assisting a research associate from the Harvard Business School, Leora D. Kornfeld. The research from the study was first announced at the IAB MIXX Conference which was held in New York City. At the conference, Deighton said, “The substantial economic impact of the internet — through its evolution and dynamism — has been born out by this study.” Deighton also said, “Once accessed only from large desktop machines that connected the office or home to the world, the internet, thanks to mobile phones and tablets, has become ubiquitous. And looking to the future, features such as constant connectivity and location sensing hold the promise of unanticipated opportunities abound for technological development and new user experiences that build on the features of constant connectivity and participation.”

The report at the conference showed that the two states that were home to a large group of internet firms were New York and California. These two states have the most internet firms out of all of the other states in the country. The results about New York and California were not surprising, as most expected this. The report also provided insight on the different states that seem to be the most digital-friendly. Those particular states included Massachusetts, Illinois, and Washington as well. Overall, there are a total of nine different states that are considered headquarters and are responsible for a total of around 72 percent of employment.

The information that was quite impressive to many was the fact that a large number of districts in the United States were the home to several different companies that are part of the internet ecosystem. The Senior Vice president of Research Analytics and Measurement for IAB, Sherrill Mane, has said, “The extraordinary work by Professor Deighton and his team shows very clearly that the thriving internet ecosystem, sustained by digital advertising, is a powerful, economic engine for the overall U.S. economy.”

Best Small Business Idea – Overwhelm – Get It Out of Your Head

The fun Home Business of writing Santa Letters
Let’s Get Social
Feel like getting in touch or staying up to date with our latest news and updates?
Related Posts
Latest In Work Relationships
BCG FEATURED JOB

Seeking an attorney to handle real estate, trust, transactions and litigation in Santa Barbara and S...