Home  » Passed Over for Promotion — A Lack of Qualifications, or Because of the Man’s Age? 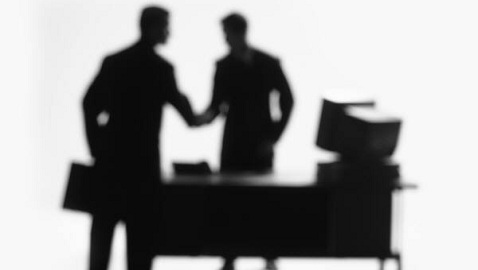 Not being promoted in the workplace is most often due to a lack of qualifications. That’s one of the reasons proffered by the Nordam Group for a former employee, but the man in question alleges a much different explanation – his age. Both parties made their way to the courtroom.

The man, 62 years of age at the time, was hired in 2006. He worked as an assistant controller for the company’s Transparency Division, which manufactured aviation components. A year after his hire, the controller resigned, and the man handled the duties temporarily while Nordam’s Vice President searched for someone to fill the position on a permanent basis. The company was looking for an applicant with a BA in accounting or a similar field and a CPA (Certified Public Accountant) certification. The man was interested in the job but did not have an active CPA in 2007.

The acting controller was at the time ineligible for a promotion due to an unsatisfactory performance review. His subsequent review showed minor improvement, and he requested to the VP and the division’s general manager consideration for the job – initially oral requests in early 2008 and then emails later in the year. Neither of his superiors responded to his requests. Back in February, Nordam had begun interviewing people for the position. It finally hired an applicant with a CPA certification in December, but the man had already applied to work as a controller for another company. He resigned from Nordam and took the other job in January 2009.

He filed a charge with the EEOC (Equal Employment Opportunity Commission), alleging age discrimination – the person whom Nordam hired was 20 years younger. After the EEOC declined to investigate, he took his case to a federal court with a claim of an ADEA (Age Discrimination in Employment Act) violation. The district court acknowledged that the plaintiff had made a prima facie case of age discrimination – one which could conceivably move to trial – but he couldn’t prove that Nordam’s reasons for not promoting him weren’t legitimate.

On appeal, judges examined three points Nordam made for not awarding the position to the plaintiff – his job performance, his lack of a CPA certification and not formally applying for the job once he was eligible. The man argued that his 2007 performance review was an improvement, but both Nordam and judges saw it as only meeting “minimum requirements” and it didn’t refute the negative review from the previous year.

The plaintiff further noted that Nordam interviewed applicants with no CPA certification, which he asserted was an indication that the CPA qualification wasn’t a necessity. But the applicants were only interviewed, and none of them were hired – one candidate in particular seemed to have been passed over simply because he wasn’t a CPA. Regarding the failure to submit a formal application, the plaintiff stated that it was clear he was interested from his oral requests. But the company was under no obligation to accept applications not submitted in writing, and by the time the man had written anything, the interview process was already underway.

Appellate judges agreed that Nordam’s reasons for not promoting the plaintiff were legitimate and nondiscriminatory. For that reason, the district court’s grant of summary judgment favoring the company was affirmed.

Passed Over for Promotion -- A Lack of Qualifications, or Because of the Man's Age? by Harrison Barnes
Tags: Age Discrimination in Employment Act (ADEA), discrimination, equal employment opportunity commission (EEOC), lawsuit, us court of appeals
Tweet Like Plus Pin It Share