Home  » Lockheed Martin Does About Face on Job Cuts 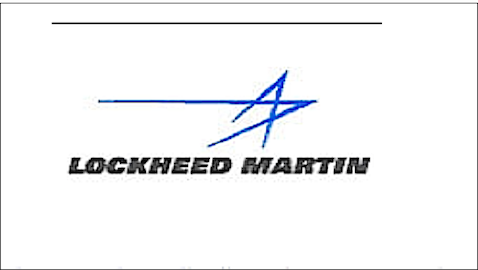 In the past we have talked about the truly large layoffs that the folks over at Lockheed Martin were threatening to make happen if the government did not change its budget to allow them more funds. For those of you who missed out on that earlier coverage here is an excerpt that will get you up to speed in no time at all, “It looks like the management of Lockheed Martin is at it again. The company is going to be cutting back on workers yet again, and this time the numbers are pretty serious. The company is estimating that they are going to need to cut about 10,000 jobs when all is said and done. The threats of job cuts come from a proposed action by congress. In the propose action by congress goes through, a $1.2 trillion set of job cuts from the federal budget as part of a plan to help decrease the federal deficit, then the company is threat of job losses is very likely to become a reality.”

The company even went so far to release the following statement in a press release where a representative for the company said the following, “In testimony before the House Armed Services Committee today, Lockheed Martin [NYSE:LMT] Chairman and CEO Bob Stevens warned against the consequences to U.S. national security and the economy of the automatic cuts known as sequestration, calling on Congress to find a better solution to address our nation’s fiscal challenges….Stevens outlined Lockheed Martin’s recent cost-cutting efforts resulting in billions of dollars in reductions over the past three years, removing 1.5 million square feet in its facilities’ footprint, with another 2.9 million square feet reduction before the end of 2014. The corporation has reduced its workforce by 18 percent, or 26,000 employees, since 2009.”

Of course the company has resorted to layoffs in the recent past in order to make its budget the way that they want it to be. For those of you who did not see this summers 700+ cuts to workers jobs , “Well it looks like the company is hoping to be able to do all of this without a significant portion of its workers. The company is getting ready to get rid of more than 700 of its workers as a way to reduce its operating costs. The company put out a release about the job cuts in which the company gave some details about where and how it is making the job cuts, “Lockheed Martin’s [NYSE: LMT] Mission Systems & Sensors (MS2) business today announced a reduction in its workforce of 740 as part of a continuing effort to improve efficiency and affordability amid a challenging budget environment…”

Then before that the company also made cuts. Here is an excerpt on those even earlier cuts, “Lockheed Martin is getting ready to make job cuts again. The defense contractor is cutting back on 150 workers in order to help make up the losses from programs that are closed. The majority of the workers to be cut are coming from the Hampton Roads facility, though this is not the only time that the company has let go of workers. Recently the company cut back on 400 workers.”

Update:  Layoff has gone past, Lockheed Martin Corporation started its recruitment process once again. Please visit here to get latest openings on Granted.com.

Kodak Cuts More Jobs in NY
Let’s Get Social
Feel like getting in touch or staying up to date with our latest news and updates?
Related Posts
Latest In Work Relationships