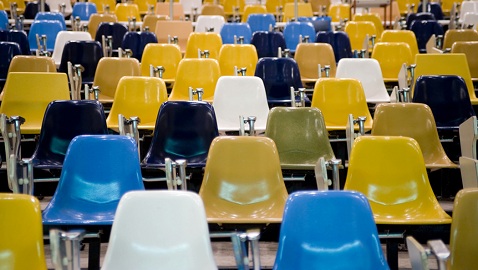 A university professor, who’d been educated in her native country of Spain, claimed that Ohio State University had discriminated against her based on her national origin. She further alleged retaliation, both for actions that she’d taken and the actions of her live-in boyfriend, an OSU assistant professor.

The woman worked as an unpaid assistant professor in OSU’s College of Public Health (CPH). She’d also been appointed to a two-year term as a research-associate member of the Center for Health Outcomes, Policy and Evaluation Studies. The professor was ultimately granted a salaried position as a clinical assistant in the same CPH department. She later applied for a tenure-track faculty position but was not chosen as one of the top candidates.

Weeks later, she was notified that her one-year appointment was not renewed but that she still had an unpaid position and would receive $8,000 as a lecturer for teaching two courses in the upcoming spring semester. The woman, in turn, sought an attorney because the director of her department, in addition to not renewing her appointment, had decided that she was no longer eligible as Principal Investigator for a grant proposal she had developed and had allegedly “discouraged” her from applying for the tenure-track position.

She filed a complaint with the university’s HR department and later a charge with the EEOC (Equal Employment Opportunity Commission). Three months later, she left OSU to teach at the University of Massachusetts. A complaint in a federal district court followed, with allegations of national-origin discrimination, retaliation for her complaints and associational retaliation – because her professor boyfriend had filed an internal complaint with OSU and charges with the EEOC and the Ohio Civil Rights Commission. Her claims were dismissed, as judges believed that she had not shown pretext or a prima facie case – one that could be argued at trial.

On appeal, she asserted that direct evidence of national-origin discrimination was the director specifying that her Ph.D. was from Barcelona. She noted a “discriminatory tone,” but relying only on a person’s tone for seemingly harmless statements cannot support direct evidence of discrimination. She also cited circumstantial evidence – her one-year contract not renewed; her title change to “lecturer”; halting efforts to garner funds by not approving her as Principal Investigator; and not being hired for the tenure-track position. But she had no evidence of pretext and couldn’t show that any of the director’s actions were discriminatory.

She didn’t argue to the appeals court that her retaliation claim was improperly dismissed, but she did focus on her claim of retaliation by association. She successfully established a prima facie case of retaliation by temporal proximity – the employer actions occurring soon after the protected activity. But she’d been offered a paid position after her boyfriend had filed his complaint and EEOC charge. And again, she couldn’t show a causal connection between her boyfriend’s charges and OSU’s alleged discrimination. Appellate judges furthermore didn’t see how the director’s conduct was “materially adverse” – in other words, how it would discourage others from filing similar complaints.

Accordingly, the appeal court affirmed the district court’s decision to grant summary judgment in favor of the university.

University Professor Alleges Retaliation for Both Her Boyfriend's Actions and Her Own by Harrison Barnes
Tags: discrimination, equal employment opportunity commission (EEOC), lawsuit, national origin, retaliation, university
Tweet Like Plus Pin It Share

What to Ask during a Performance Review
Let’s Get Social
Feel like getting in touch or staying up to date with our latest news and updates?
Related Posts
Latest In Work Relationships
BCG FEATURED JOB