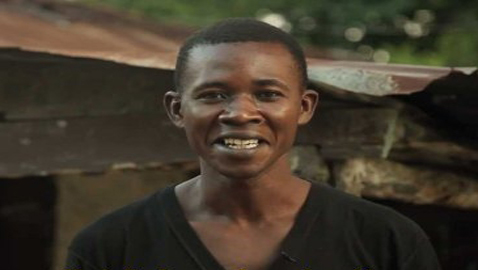 There is a world of a difference between what Haitian children find troubling and what children from the first world find irritating. A new ad campaign “First World Problems Anthem,” in a one-minute video brings home the stark difference in lifestyles of people in these disparate geographic locations.

The tongue-in-cheek video is satirical and mocking but extremely effective. Produced by the New York ad agency DDB it is meant to raise awareness of the nonprofit Haitian charity, Water for Life, efforts to provide clean drinking water in third world countries.

The ad uses the daily gripes posted by children from rich countries on Twitter’s fashionable #FirstWorldProblems hash tag.  The video shows a woman outside her house saying, “I hate it when my neighbors block their wifi.”

Another one shows a boy standing in squalor, amidst pigs and chicken mouthing “I hate when I tell them no pickles, and they still give me pickles.” The look on his face is a combination of revulsion, mortification and incredulity at the idea that there is someone who actually has too much of something that he does not have even a little of.

The ad mocks and humiliates whiners on Twitter and projects them as a pampered lot who are not really aware of the serious problems the world faces. For whom such trivial things like phone cords that don’t reach their beds and car seats that are cold, or not remembering a maid’s name matter more than the fact that children in Haiti are denied things that they in the western world take for granted.

Matt Eastwood, chief creative officer at DDB New York said that the ad is not trying to mock or poke fun at people who use the hash tag to air their inane problems, but is an attempt to show that these are not the real problems, but the real problems are those faced by the people shown in the ad, who do not have access to even clean potable water.

He said that they were happy to part of the project.  “It’s something that we are passionate about. I love doing work that can make the world a better place–it’s a nice change from selling burgers. I’m hoping that people who discover the campaign will go to waterislife.com and get involved in some way, or at the very least donate at their website.”

The ad has garnered considerable interest with critics saying that the ad belittles people who use the hash tag and is insensitive and demeaning. They argue that it is not right to make fun of people and shame them into donating for a cause, however, justified. It would be better if the ad engaged the people, told them about the problems faced by their peers elsewhere, instead of insulting them.

DDB however, contends that they are hoping to “eliminate the “#FirstWorldProblems hash tag on Twitter,” because it highlights inane trivialities of the privileged few from wealthy countries, whose problems are inconsequential and irrelevant compared to the real problems faced by those not as fortunate as them in many parts of the world. For whom even staying alive is an everyday struggle.

Without doubt the ad has the potential of being counted amongst the best ads in a long-long time. It does not sermonize but uses satire and humor to get the message across. It will surely make viewers ponder over the problems of the people living on the other side of their ivory towers.

Tongue-In-Cheek Ad Ridicules Inane Gripes Of Wealthy Kids: Grow Up, It Mocks, There Are More Pressing Problems Elsewhere by Harrison Barnes
Tweet Like Plus Pin It Share