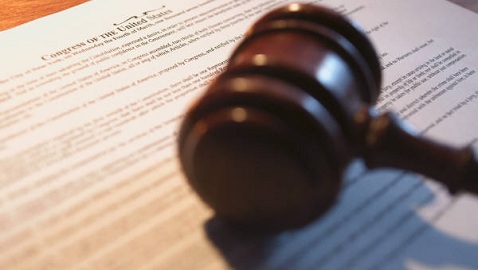 A woman working at the University of Louisville believed that her termination was illegal. After a review of her firing was ultimately rejected, she brought legal action against the university, as well as both the President and the Vice President of Business Affairs.

The former employee worked as a Senior Nurse Specialist in the university’s Department of Pediatrics from 1987 to 1989 and again from 1997 until she was fired in 2007. The reasons given for her termination included a three-day suspension as a result of improper statements she’d made concerning doctors at the university and complaints from parents of patients who’d claimed that she was impolite and lacked professionalism.

As per university policy, the woman was allowed an evidentiary hearing to review the recommended termination. She was represented by counsel at the two-day hearing and called witnesses to testify on her behalf, as well as providing her own testimony. The hearing officer believed that the woman had successfully proven that the complaints against her were without basis and ruled that her suspension and termination were unfounded. He submitted a recommendation that the university reverse its decision and reinstate her with back pay and benefits.

The VP of Business Affairs, acting as the President’s designee, rejected the hearing officer’s recommendation and affirmed the termination. He noted in his report that the suggested reinstatement of the woman’s position was “not in the best interest of the University.”

The woman responded with a lawsuit in a Kentucky state court. She alleged a deprivation of property interest in her employment and a violation of her right to procedural due process. The complaint cited a violation of the U.S. Code § 1983 – a person’s right to civil action – and more specifically the Fifth and Fourteenth Amendments. She sought compensatory and punitive damages, in addition to reinstatement. The university removed the case to a federal court.

The plaintiff noted the Fifth and Fourteenth Amendments in her complaint, but the more significant issue was the Eleventh Amendment – for a state’s sovereign immunity, which protects a state from a civil suit. As higher learning is considered an “arm” of the state, the University of Louisville in this case was protected. Accordingly, district judges barred the claims against the university, as well as the President and the VP in their official capacities.

That left only the complaints against the two university employees in their capacities as individuals. The district court rejected this part of the plaintiff’s complaint for a simple reason – she failed to state a claim. Judges noted that the complaint was a recitation of acts taken by the President and VP, and that the only factual allegation against them was the decision to affirm the termination. The court referenced an earlier case which mentioned “naked assertions” – essentially implying wrongdoing in a legal case without using facts to support allegations.

As the complaint was barred in part and also devoid of facts, the district court dismissed the former employee’s claims. She appealed the decision, but it was upheld by an appeals court.

Former Nurse Claims that Her Termination Deprived Her of Civil Rights by Harrison Barnes
Tags: bill of rights, employment termination, lawsuit, sovereign immunity, university, us code 1983
Tweet Like Plus Pin It Share