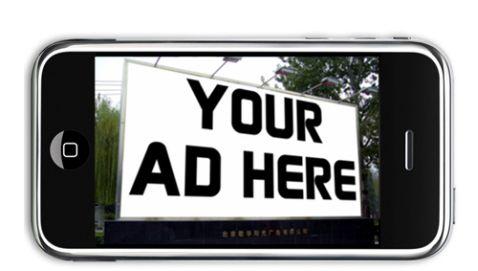 During the first half of the year, the number of mobile advertisements increased by a total of 14%, leading to 17 billion dollars spent on mobile advertisements. This information was provided by a recent report from the Interactive Advertising Bureau. The IAB has reported that spending for mobile advertisements drastically increased, jumping up 95%. It is quite obvious as to why this type of spending has increases, especially due to the fact that so many people are using the Internet from their mobile devices, which may include smartphones and tablets. So many different devices, including the iPad and iPhone, have become increasingly popular over the past few years and it is for that reason that advertisers are looking to take advantage of the opportunity.

The Senior VP Research Analytics at IAB, Sherrill Mane, has said, “Brand dollars are moving online, but at a slightly slower pace than the last two half-year reports.” This means that a number of brand advertisers may not feel as though online advertisements are absolutely necessary or a better place to spend their advertising money. Brand advertisers may feel this way because advertisement spending for consumer packaged goods had only increased by a total of 4% and is only taking up about 5% of the digital advertisement spending that is taking place. The number of digital video advertisements had increase by a total of 18% but there still seem to be a lack of inventory for such advertisements.

This report has not provided information on social media advertisements. At this point in time, it is believed that Facebook takes the largest portion of the social media advertisement spending but information on the amount spent and revenues earned from such advertising was not made available. There were several other highlights that had been mentioned in the report from the IAB, which included the fact that automotive advertisement spending had increased by 29%, reaching a total of $2.2 billion.