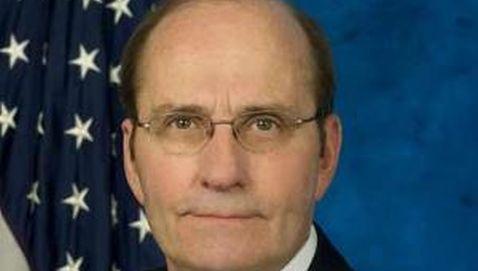 The Department of Veterans Affairs has chosen to reject the call made by lawmakers in which it was suggested that the Department of Veterans Affairs fire the official who gave the okay for the training conferences that took place during last year. The training conferences, which were held in the state of Florida, ended up costing taxpayers around $6.1 million. A statement was recently released in which it stated that the VA Secretary, Eric Shinseki, met with the Chief of Staff, Robert Gingrich, to discuss the fact that he should have been asking more questions about these particular conferences.

The Inspector General did admit that the blame should not be put solely on Gingrich. The Inspector General quoted Gingrich as having said, “I signed the thing authorizing the conferences. So, I should have made sure the conferences were executed better. Now, I think people should have done more prudent work. But it’s my signature upon that page. And I take the full responsibility. And I should have asked, probably, harder questions than I did. … But I also think there is a bunch of senior executives, regardless of whether they are SES [senior executive service level] or above, that have responsibilities for the execution.” In the meantime, the assistance secretary of human resources for the Veterans Affairs had chosen to resign recently before the report was released by the Inspector General.

Top 10 Most Popular Granted Employer Articles of 2017
Let’s Get Social
Feel like getting in touch or staying up to date with our latest news and updates?
Related Posts
Latest In Work Relationships
BCG FEATURED JOB

The D.C. Bar Pro Bono Center has an opening for a Housing Attorney to help staff our growing housing...