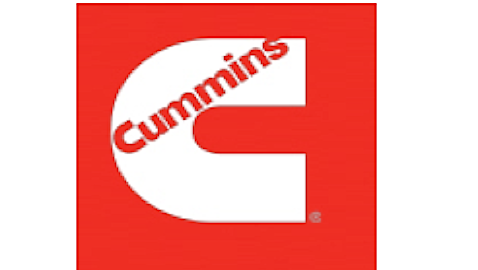 Cummings Inc. is a name that many of you may not be familiar with. After all when a company exists to service other business the average consumer has no reason to take notice of them. So today, before we talk about the sizable job cuts that are coming lets get our footing by talking about what the company does by looking at how they choose to describe themselves, “Cummins Inc., a global power leader, is a corporation of complementary business units that design, manufacture, distribute and service engines and related technologies, including fuel systems, controls, air handling, filtration, emission solutions and electrical power generation systems. Headquartered in Columbus, Indiana, (USA) Cummins employs approximately 44,000 people worldwide and serves customers in approximately 190 countries and territories through a network of more than 600 company-owned and independent distributor locations and approximately 6,500 dealer locations. Cummins earned $1.85 billion on sales of $18.0 billion in 2011. Press releases can be found on the Web at www.cummins.com.”

Sadly, the company is getting ready to lay off a sizable chunk of workers in order to put its fiscals to right. The layoffs, which are not set in terms of details, are set to impact as many as 1,500 workers when all is said and done, leaving the company with a strong possibility of triggering a mass layoff action in the near future. For those of you who are not familiar with the idea of a mass layoff action here is a look at how the federal government defines the term, “The Mass Layoff Statistics (MLS) program collects reports on mass layoff actions that result in workers being separated from their jobs. Monthly mass layoff numbers are from establishments which have at least 50 initial claims for unemployment insurance (UI) filed against them during a 5-week period. Extended mass layoff numbers (issued quarterly) are from a subset of such establishments—where private sector nonfarm employers indicate that 50 or more workers were separated from their jobs for at least 31 days.”

The company recently showed some signs of fiscal weakness that may explain their radical shift in staffing in the near future. In a release the company outlined the issues at hand, “The Company lowered its full year revenue outlook for 2012 to approximately $17 billion compared to the Company’s previous guidance of $18 billion. Earnings Before Interest and Taxes (EBIT) are now expected to be approximately 13.5% for the year, compared to prior guidance of 14.25% to 14.75%. Based on preliminary results and subject to normal quarterly financial statement closing procedures, third quarter revenues are expected to be approximately $4.1 billion and EBIT is expected to be approximately 12.0%. The Company does not provide quarterly revenue or earnings guidance… The Company announced that it is taking actions necessary to respond strategically to the current environment by cutting costs while maintaining investments in key growth programs. Actions include a number of measures to reduce cost including planned work week reductions, shutdowns at some manufacturing facilities, and some targeted workforce reductions. The Company expects to reduce its workforce by between 1000 and 1500 people by the end of the year. The updated EBIT guidance does not include the benefits or costs of these actions.”

For now workers can only wait and see who will be laid off, when and what kind of severance they will be offered.