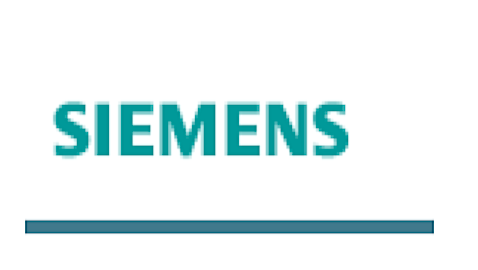 Siemens is a name that some of you may know, while others may be entirely unfamiliar with. For those of you who are not too familiar with the organization here is a look at how it has chosen to describe itself, “Siemens Corporation is a U.S. subsidiary of Siemens AG, a global powerhouse in electronics and electrical engineering, operating in the industry, energy, healthcare, and infrastructure and cities sectors. For more than 160 years, Siemens has built a reputation for leading-edge innovation and the quality of its products, services and solutions. With 360,000 employees in 190 countries, Siemens reported worldwide revenue of approximately $120 billion in fiscal 2011. Siemens in the USA reported revenue of $20 billion and employs approximately 60,000 people throughout all 50 states and Puerto Rico.”

Sadly the company is getting ready to make a major layoff action happen. While the company has not outlined a lot of the details for the present the company is looking to cut back on about 8,000 jobs when all is said and done. While those layoffs are most likely going to be scattered across the globe, the company has not given many specifics, though if they cut in the US they are likely to trigger a mass layoff action. For those of you who are not familiar with the idea of a mass layoff action here is a look at how the federal government defines the term, “The Mass Layoff Statistics (MLS) program collects reports on mass layoff actions that result in workers being separated from their jobs. Monthly mass layoff numbers are from establishments which have at least 50 initial claims for unemployment insurance (UI) filed against them during a 5-week period. Extended mass layoff numbers (issued quarterly) are from a subset of such establishments—where private sector nonfarm employers indicate that 50 or more workers were separated from their jobs for at least 31 days.”

This is not the first time that the company has turned to layoffs in order set its budget to right. For those of you who missed out on our earlier coverage of the last round of cuts  here is an excerpt that will get, “Sadly the company is getting ready to get rid of significant number of workers in order to cut its cost. The company is cutting back on 150 workers in Texas. The company did not give a specific reason for the layoffs, instead citing a general need to be more competitive in the marketplace. The company will not be getting rid of the workers until the end of 2013…”

For now all that the workers can do is wait and see who will get laid off and who will be left with their jobs in tact.

Update: Siemens Corporation hiring back after a huge layoff. Please visit this page on Granted.com for latest updates.

Bakers Shoes to Cut Jobs, Close 120 Locations
Let’s Get Social
Feel like getting in touch or staying up to date with our latest news and updates?
Related Posts
Latest In Work Relationships