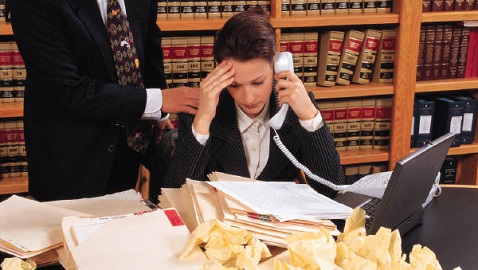 Three businesses will be facing sexual harassment lawsuits from the EEOC (Equal Employment Opportunity Commission), which filed on behalf of former employees. The alleged acts from bosses range from male-on-male harassment to encouraging domestic abuse.

One of the businesses is River Point Farms operating in Oregon. According to the EEOC, a male supervisor verbally abused a female worker for nearly five years. This abuse allegedly included sexually-infused remarks and suggestions, as well as explicitly noting women’s inferiority to men and stating that the employee should be a submissive wife. The EEOC also claims that the supervisor urged the woman’s spouse to murder her, which the husband eventually attempted and for which he was arrested. She was reportedly blamed for the arrest and fired by her supervisor.

The lawsuit, which sought monetary damages and demanded workplace changes, made a claim of sexual harassment but also included a charge of retaliation – the woman was permitted to return to work but was laid off before others and not rehired while others were employed. The EEOC believed that the company retaliated against the woman for complaining of the supervisor’s behavior.

National Food Corporation, which supplies eggs to certain parts of the U.S. and East Asia, likewise encountered legal action. At one of the company’s egg farms in Washington, a male supervisor touched a female employee inappropriately and demanded sexual acts for the worker to retain her employment. Women often worked alone in barns on the farm, which the supervisor used to his advantage, according to the EEOC’s lawsuit. Complaints from female workers generally led to termination or being driven away from the job. In addition to monetary compensation, the suit asked for related training, posted notices at worksites and other relief.

Sexual harassment does not affect only women. Another Washington business, Roy Farms, is being sued for not putting a stop to male employees suffering harassment. The agency alleges that the farm’s male general manager made repeated improper statements of a sexual nature, as well as comments which can be construed as threats. His conduct also included unwanted touching and asking employees to watch as he publicly urinated. One worker reported the behavior to a former supervisor and to the farm owner, but no action was taken to rectify the situation. The man feared for his safety and quit his job. The ensuing lawsuit sought monetary damages, training and notices posted at the farm.

William R. Tamayo, the EEOC San Francisco Regional Attorney, stated that no employee should have to choose between keeping his/her job and facing sexual harassment or intimidation. He further stated that bosses and company owners should ensure that supervisors are properly trained to respond efficiently and effectively when harassment is reported.

“The law holds employers responsible for making sure that their supervisors realize that sexual harassment will not be tolerated,” said Michael Baldonado, EEOC District Director. He added that employers are legally accountable for management’s actions and should not permit sexual or abusive conduct to occur in the workplace.