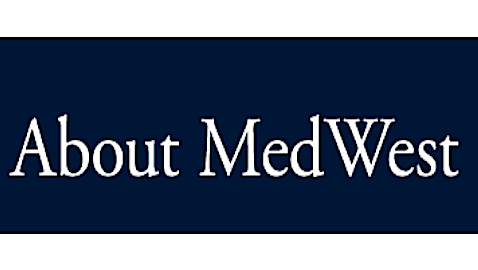 MedWest Health System is a name that most of you are more than likely not familiar with when all is said and done. After all even if you have visited one of their facilities in the past that does not mean you know much about the company. So before we talk about the job cuts that the health company is making lets begin by talking a look at how they have chosen to describe themselves, “MedWest Health System serves 160,000 people in Western North Carolina, providing quality healthcare in Haywood, Jackson, Swain, Macon and Graham Counties. MedWest has a medical staff of more than 230 physicians and 2,100 employees working on three main campuses, MedWest-Haywood, MedWest-Harris and MedWest-Swain. We also have an outpatient facility MedWest-Franklin located in Macon County. MedWest is affiliated with Carolinas HealthCare, the largest healthcare system in the Carolinas.”

Sadly the company is letting go of about 80 workers, and will be triggering a mass layoff action at one facility, which will be bearing the brunt of the cuts. For those of you who are not familiar with the idea of a mass layoff action here is a look at how the federal government defines the term, “The Mass Layoff Statistics (MLS) program collects reports on mass layoff actions that result in workers being separated from their jobs. Monthly mass layoff numbers are from establishments which have at least 50 initial claims for unemployment insurance (UI) filed against them during a 5-week period. Extended mass layoff numbers (issued quarterly) are from a subset of such establishments—where private sector nonfarm employers indicate that 50 or more workers were separated from their jobs for at least 31 days.”

For now the company’s job site lists only the following words when a search was made, “There are no positions at this time under this category. Please check back often as positions are added daily.”

As you can imagine this is not the only hospital to make cuts. For those of you who missed out on our coverage of cuts to UMass Memorial Health Care her is an excerpt, “Sadly the health care company is getting ready to eliminate about 140 jobs between now and the end of its fiscal year. The new fiscal year begins on the first of October, which means that the job cuts are going to come in the very near future. This is, of course, not the first time that the company has resorted to layoffs in order to cut back on its expenses. “

Before that cuts were coming to Boston Children’s Hospital, here is an excerpt that will get you up to speed in no time at all, “Sadly the facility is getting ready to cut back on about 225 jobs in order to make ends meet. The company is making a mass layoff action happen under the current federal guidelines… The company put out an interesting release about the its new research, but no information about the layoffs was posted, “A growing body of research shows that children who suffer severe neglect and social isolation have cognitive and social impairments as adults. A study from Boston Children’s Hospital shows, for the first time, how these functional impairments arise: Social isolation during early life prevents the cells that make up the brain’s white matter from maturing and producing the right amount of myelin, the fatty “insulation” on nerve fibers that helps them transmit long-distance messages within the brain.”