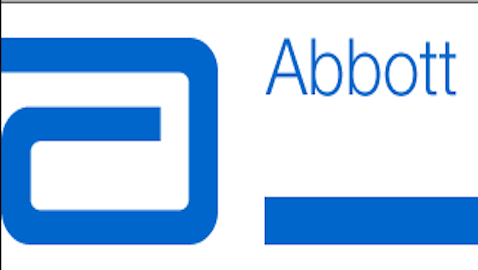 Abbott Laboratories is a name that most people are not familiar with, even if you have used one of their products in the past, or are using one right now. So before we can talk about the job cuts that the management of the company is making lets begin by taking a look at how the company has chosen to describe itself, “We are a global, broad-based health care company devoted to discovering new medicines, new technologies and new ways to manage health. Our products span the continuum of care, from nutritional products and laboratory diagnostics through medical devices and pharmaceutical therapies. Our comprehensive line of products encircles life itself – addressing important health needs from infancy to the golden years. Abbott has sales, manufacturing, research and development, and distribution facilities around the world, close to where our customers need us to be. We are recognized for our global reach and our ability to serve our customers around the world.”

Sadly the company is getting ready to cut back on about 550 workers right away, and more as the next year begins as a cost cutting measure. The company is attributing the layoffs to come to changes to their business needs. Oddly enough the company seems to be in fairly good fiscal health. The company recently put out a release about its third quarter earnings that was very optimistic, “Diluted earnings per share, excluding specified items, were $1.30, reflecting 10.2 percent growth, exceeding Abbott’s guidance range. Diluted earnings per share under Generally Accepted Accounting Principles (GAAP) were $1.21, including specified items. Excluding foreign exchange, worldwide sales increased 4.1 percent. Reported sales decreased 0.4 percent, including an unfavorable 4.5 percent effect of foreign exchange. Abbott is announcing the initiation of a Phase 3 clinical trial evaluating our interferon-free hepatitis C (HCV) program in genotype 1 (GT1) patients, following positive results from the Phase 2b Aviator study, the largest and most comprehensive HCV trial to date. Initial results from Aviator showed sustained virological response at 12 weeks post treatment (SVR12) in 99 percent of treatment-naïve and 93 percent of null responders for GT1 patients taking a combination of ABT-450/r, ABT-267, ABT-333 and ribavirin. Abbott is narrowing its ongoing earnings-per-share guidance for 2012 to $5.06 to $5.08 from $5.00 to $5.10, reflecting another year of expected strong performance. Including specified items, projected earnings per share under GAAP would be $3.83 to $3.85 for the full-year 2012.”

The company even had the money to give out some sizable scholarships to students who were college bound. For those of you who missed out here is a look at that release, “Abbott announced today the winners of the CFCareForward Thriving Undergraduate and Graduate Scholarship award. Mark Moening, a Virginia Beach, Va. resident, and Wesley McSparin, a native of Paducah, Ky., were unveiled as the 2012 Thriving Undergraduate and Graduate Scholarship recipients, respectively. In celebration of the 20th anniversary of the program, the total award is $20,000. Earlier this year, 40 undergraduate and graduate students living with cystic fibrosis (CF), including the Thriving Scholarship winners, were awarded $2,500 scholarships for use during the 2012-2013 school year based on their impressive academic merits, community involvement, extracurricular activities and creativity. All 40 students then engaged in a month-long campaign for public votes, which helped to determine the two recipients of the Thriving Scholarship awards. The creative works of all scholarship students were inducted into the 2012 CFCareForward Scholarship recipient gallery and can be viewed online at www.CFCareForwardScholarship.com”