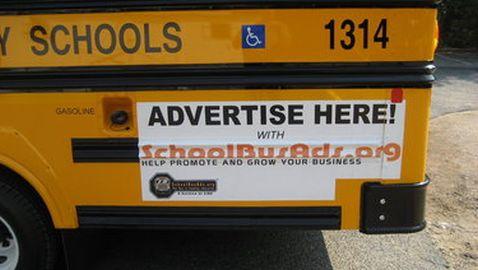 A spokesman for the New Jersey School Boards Association, Mike Yaple, has said, “No one knows how many districts have taken the plunge into school bus ads. But anecdotally we believe many are taking the wait and see approach.” The Association chose to ask readers whether or not the school districts had created a plan for advertising on the school buses and whether or not they favored this form of advertising.

They received a total of around 101 responses and of those responses, a third said that they were currently waiting to make a move, hoping to see what the experience would be like for other school districts before they chose to get involved with it. A total of 31 percent of the responders claim that their school boards have not even discussed the possibility of this form of advertising just yet. Around 14 percent of respondents said that their school board did not favor the general idea of placing advertisements on the school buses to generate revenue.

The Glassboro School Board has recently discussed the possibility but has decided not to make a decision until they see how the program is working out for several of the other districts in the New Jersey area. Walter Pudelko, the business administrator for the school district, believes that a number of other districts are following the same path and are waiting to see how things work out for the other districts.

Pudelko said, “Were taking a good hard look at it without rushing into it. We want to make sure when we make a decision we make the right decision.” He also said, “We’re comparing the different options. Right now, if you drive around, you won’t see any ads. Everyone is trying to absorb it and digest it and see what it’s all about. But I expect of the next six months you’ll see a lot more activity.”